Everyday I Get Closer To The Light From Which I Came 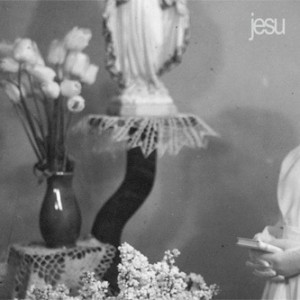 Despite Justin Broadrick’s reputation as a fearsome noisemaker (whether as Godflesh, part of Napalm Death or under his electronic-oriented JK Flesh alias), his music as Jesu is painterly rather than destructive, more focused on rendering wide vistas than crushing sonic assault. Everyday I Get Closer To The Light From Which I Came, the follow-up to 2011’s Ascension, comes after a slew of non-Jesu releases, including a JK Flesh collaboration with Prurient on Hydra Head’s final release, Worship Is The Cleansing of the Imagination. Since Ascension, Broadrick has become a father, and the greater sense of perspective that comes with parenthood seems to have informed his compositional ethic, with his usually Wagnerian panoramas reined in by a new intimacy. Thickly reverbed guitars and vocals layered into walls of sound are still the order of the day, but they’re accompanied by moments of jarring quietude and instrumental flourishes you could almost call baroque.

The opener ‘Homesick’ is vintage Jesu, Broadrick’s churning riff underpinned with an elegiac guitar figure. His vocals have always been thin, and here, dwarfed by all that crunching instrumentation, they articulate the longing and physical dislocation of the title. So far, so typical. But as Everyday progresses, the import of its title becomes clear. Where albums like Jesu and the Conqueror were relentlessly ominous and monumental, on Everyday Broadrick pierces the dark sludge with unexpected shafts of light. Drums sit low in the mix, more rhythmic ballast than drivers of forward motion. On ‘Grey Is The Colour’ and ‘Comforter’, ethereal melodic passages counter the murky guitars, and ‘Everyday’ plods aimlessly for a while before swelling into an unusually restrained patchwork of gauzy vocals and glassy synths. The epic scale of Jesu’s music has always suited protracted songs, but Everyday clocks in at less than forty-five minutes, making for a much less challenging listen than usual. The album would be significantly more forgettable were it not for ‘The Great Leveller’, by far the longest song at seventeen minutes. Immense riffs and martial drums roar into life from a bed of strings and elegiac piano, and Broadrick piles synths and guitars into a colossal squall, which he then peels away to expose a lonely, resonant key passage.

You’ve always been able to peg Jesu somewhere between Neurosis and Pelican on the one hand, and shoegaze standards such as Slowdive and My Bloody Valentine on the other, but Everyday points to a slight deviation from the typical Jesu sound. Though it sounds like it couldn’t be by anybody else, it’s more sonically diverse and less dense than previous Jesu albums. Still, trading in some of his widescreen heaviness for a wider palette and a more introspective outlook doesn’t seem to have done Broadrick much harm.