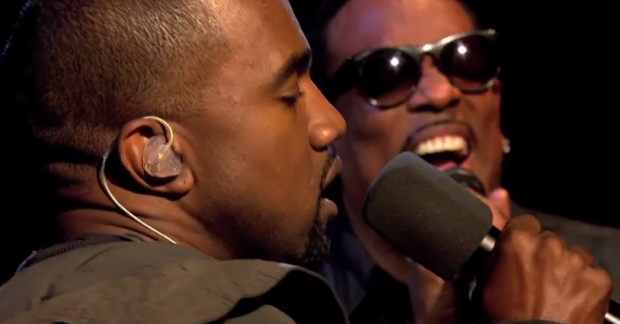 The first episode of the new series didn’t skimp on the big beasts, cramming Kanye West, Sting and Kings Of Leon (apparently a straight-up Strokes covers band these days) into the same studio. As per his Jimmy Fallon appearance, West worked through Yeezus closer ‘Bound 2’, with full-throated assistance from The Gap Band’s Charlie Wilson.

Head here and skip to 16:30 to watch the performance (for those short on time, 20:05 is when West goes into full-on messiah complex mode).

West, we found out this week, has been working with legendary Factory designer Peter Saville. The rapper will be touring the US with Kendrick Lamar this Autumn.