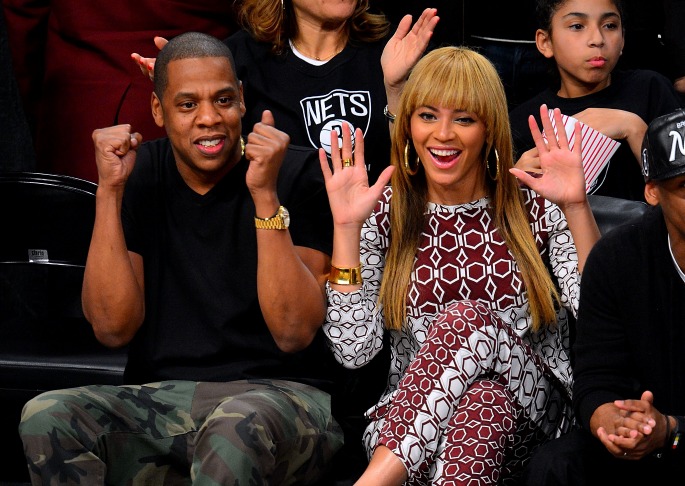 Bonnie and Clyde absolutely rake it in.

Jay Z and Beyoncé have topped Forbes’ list of the highest-earning celebrity couples, beating model Gisele Bundchen and her American football star husband Tom Brady to second place and Brad Pitt and Angelina Jolie to third, after a year that saw both of them embark on huge money-spinning world tours.

While Jay scored a platinum record with Watch the Throne and launched a world tour that brought in $1.4 million a night in the U.S., his wife’s Mrs. Carter Show took an average $2 million a night as it travelled the world.

Until this week, Jay was also a part owner of the new Barclays Center in Brooklyn – he’s had to sell his share because he’s launched his own sports agency, Roc Nation Sports – while Beyoncé also has a fragrance collection and a clothing line. In all, the couple earned $95 million between June 2012 and June 2013.

All that cash hasn’t been an obvious boon to their artistry, though – Beyoncé recently scrapped 50 songs written for her next album, while Jay’s Magna Carta… Holy Grail was widely panned as the rap turkey of the season.