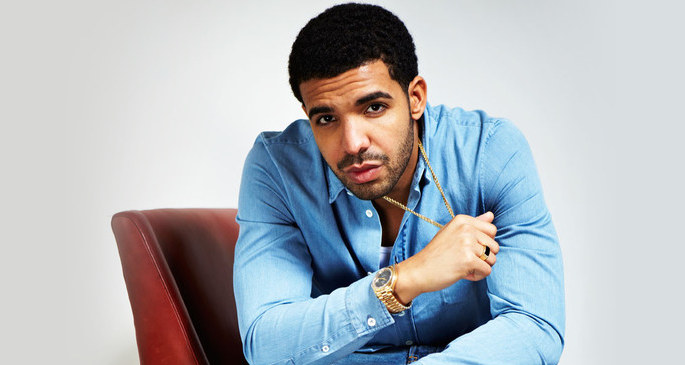 Serial killers and the Thane of Toronto: a round table discussion on Drake’s Nothing Was The Same

Unless you’ve been living under a rock or in a world without Twitter – in which case, congratulations, you’re more in touch with reality than the rest of us at this point – you’ll be aware that Drake‘s third album, Nothing Was The Same, has leaked.

With more radio hits than Kanye West’s Yeezus, more relevance than Jay Z’s Magna Carta Holy Grail and less J. Cole than J. Cole’s Born Sinner, it already feels like the biggest rap record of the year and it’s not even out yet. But does it warrant that status, or is it just the most indulgent album yet by radio hip-hop’s most likely serial killer? FACT’s Tom Lea, John Twells, Joseph Morpurgo, Chal Ravens, Chris Kelly, Lauren Martin and Brad Rose discuss.

[ed’s note: Both Brad and Lauren’s Skype connections died at different points around page two, which is why they don’t contribute to the end]

Tom Lea: I think a good jumping off point would be the interview Drake gave in GQ, where he says that on the first two albums, love was the only thing he was missing, and that on this album he’s okay with that and enjoying it. To me that doesn’t add up, especially considering the album’s second half – it seems like a less content record than Take Care.

John Twells: That [what Drake says] is patently untrue. This record sounds more contented in a way than Take Care – he’s clearly got more money, which is a big part of it – but the plastic-y, slightly surreal serial killer aspect to his music which has been present since the very first record is really highlighted here more than on anything he’s ever done. It’s the focus of the record, more so than the mopey, sad boy kind of thing.

Joseph Morpurgo: I’d say that his persona on this record is the opposite of the serial killer, which is the jock. This is the album where it becomes transparent that rather than this excoriating truth-teller giving us a glimpse into the wranglings of his soul, the sad boy moping is a strategy and a ruse rather than any an actual insight into a twisted mind or a broken heart.

Brad Rose: I think that’s true. To me, he’s not sensitive, he’s just an asshole. And it’s really coming through on this album.

Lauren Martin: I think it’s telling that this album came out very close to Kiss Land. There’s so many overlaps, even in the tone of their voice. It’s this beta male complex that’s going on, and it’s starting to get really creepy.

TL: Even in terms of the production they’re similar though, both are very lurid and high-res compared to what came before them, which brings that whole aspect of it to life. It makes it seem more real and more sinister.

Chal Ravens: The first track on NWTS is the one with the Whitney sample, right? How serial killer is that?

LM: What do you actually mean by the serial killer persona, though? Not just the fact that it’s creepy – what makes it serial killer creepy?

JT: Since day one, listening to Drake’s music has felt like leafing through a catalogue. Everything’s posed for the camera, and that probably comes from being a child actor – you can’t shake that very easily, I would have thought. Everything has been manipulated so carefully, it’s so pristine, there are no missteps. I mean, it links back to the rumours about him having a contract that girls sign before they go back to his pad – everything is really stage-managed, and that comes across as being sociopathic. You start listening to it in the context of everything being a move, which he actually does allude to. People don’t act like that, they fuck up and make mistakes all the time, and although Drake does talk about that it feels like a ruse – it’s like a chess game.

LM: I was thinking about the hooks on this record, and they’re nothing like the hooks on other records. I’m starting to question how good a hook-writer he is – like Kanye is far superior, I keep thinking of this in terms of Yeezus. The hooks on Drake’s previous records, particularly Take Care, were almost meme bait, they were so constructed and all the tracks centred around them. This album feels like he’s deliberately not trying to write hooks, and I think it’s fallen on its ass. Something’s not working for me with this record, and I need to figure it out.

JT: I think it’s on ‘Furthest Thing’, he’s really starting to sound like Kevin Gates. Kevin Gates was clearly very influenced by Drake, and now it seems like Drake… Well, I don’t know if he has a team that plays him music that’s relevant, it wouldn’t surprise me.

LM: You seen his blog? Obviously he does.

CK: That’s how he got Sampha on the record.

TL: I think it’s the only one saving the second half of the album, without that it’s a bit of a disaster.

JT: Well ‘Pound Cake’ is ruined by the worst verse that Jay Z has ever done, which is saying something.

LM: The way Jay Z smacks his lips on it makes me want to die.

TL: This is the thing with Jay now, it’s not just the awful lyrics, there are these little things he does, these smug little gesticulations that you can sense, and they’re awful. Magna Carta’s full of them.

JT: Well would you want to hear Donald Trump rapping on a track? No, but that is exactly what we’ve got.

LM: This is the fascinating thing though, NWTS’s big two rap features are Jay Z and Birdman, and they’re both so throwaway. In terms of lyrical content and the tone that it sets, they’re completely pointless. But I think he’s making a point about trying to build a legacy with this album; I think that’s what he’s trying to do. He says on the first track that he’s not trying to make radio hits but they’ll play them anyway – this is his first shot at trying to build a legacy with an album, and that’s why he has Birdman and Jay Z on there, because of their legacies. He’s flexing his muscles, like ‘I can get them, their verses will be shit but you’ll still love this record’. Half the album is a total muscle flex, seriously.

TL: He did that on Take Care to an extent, he had Stevie Wonder on the album just to play harmonica. There’s always been an ego thing there.

LM: Well we can’t say that rappers don’t have their egos in mind when they make records. But I feel that in this album he’s particularly flexing that legacy aspect of it.

JT: He mentions it on the record, the line about I’ll see you in a decade. He’s clearly saying, not necessarily that he is one of those guys, but that he’s going to be one.

JM: I think that’s an important part of why this album, in some aspects, can be seen as a failure. We’ve talked already about how much the appeal of Drake’s early work depends on him being the kid coming up, and trying, and striving, and being a semi-avatar for the listener, who relates to his awkwardness. But on this record, because he’s become Drake the conglomerate… I’m not sure he ever had an underdog quality, but he had something that’s rooted in the realms of man, whereas here he tries to push himself as a celestial being, or more likely, a brand. A free-floating, spiritless brand, and he becomes bland in the process.

TL: With both the Drake as brand thing, and also the stage-managed aspect that we talked about, I’m just not sure he’s smart enough to pull it off for a whole album. On ‘Own It’, he wails about “next time we fuck I don’t wanna fuck, I wanna make love”, and then less than a minute later he’s saying “n****s talk more than bitches these days”, apparently with no sense of irony or self-awareness, and it just doesn’t work together. Whereas Kanye, with Yeezus… There are still contradictions there, but it’s because he’s mad and he’s got no filter, so you root for him in a way that you just don’t with Drake on this album.

JM: When Drake gets it right, he’s exceptionally good at ambiguity, pulling in two directions at the same time. The best example of that on this album is ‘Started from the Bottom’, which is an endlessly catchy club banger that feels utterly terrified and isolated and alone. When he nails that Janus-faced thing of being vulnerable and world-conquering at the same time, he is really good, but that deft pulling in two directions that he used to do so well, 90% of the time that gets away from him here.

JM: I’d say so. I obviously haven’t statistically broken this down, minute by minute, but in my opinion there are two strong songs on this album and the rest is a grayscale wash. ‘Started from the Bottom’ and ‘Hold On, We’re Going Home’, they’re the only two that feel like that have texture and colour, the rest of them just feel like a heavily-watered watercolour.

CR: OK, no one’s really said anything about why NWTS is good but now people are getting defensive about it. What’s good about it?

JT: I think it’s good. Comparing it to the other records, I don’t necessarily think it’s as good as Take Care, but Take Care took a while to grab me in the way that it did. It took a fair few listens. But this does lull really significantly, both in the middle before ‘Hold On, We’re Coming Home’ and then it really, really falls into the dirt towards the end. Those are negatives, but there’s more than enough high points to make it a good record – I really enjoy listening to this record, and it’s got a lot of really, really strong tracks. A couple of tracks here are maybe better than anything on Take Care. And I like the fact it’s not full of hooks – I like the fact that a lot of these tracks are just musings. And as for the production, 40 sounds better than ever.

TL: I completely agree with John. When I first listened to Take Care, I thought that you could easily cut six or seven tracks off it, but as time’s gone on that’s down to two or three. I think the first half of this album’s very good, then it falls off, but ‘Tuscan Leather’ is one of the best things he’s ever done. And you’re right, 40 sounds unreal on it. It’s funny that you’ll get a bunch of dance music fans who’ll turn their noses up at this album, but 40 does low-end better than any of their favourite producers.