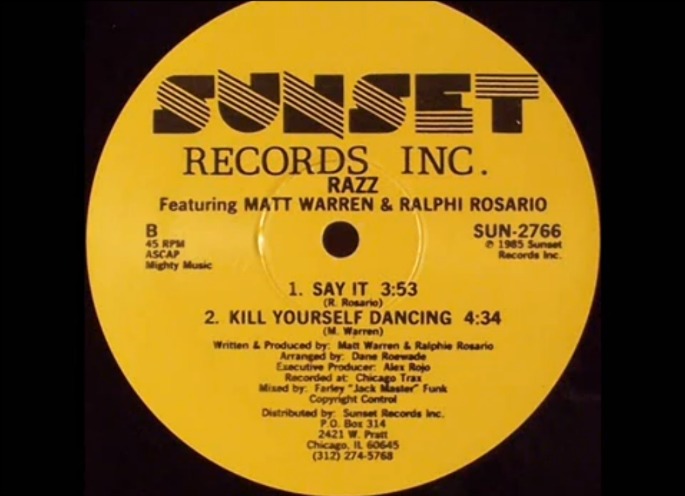 Get the skinny on first generation House imprint Sunset Records.

One of our favourite reissues of the last month was Still Music’s Kill Yourself Dancing. a supremely enjoyable guide to the ahead-of-the-curve Chicago indie. Active between 1985 and 1989, Sunset primarily provided an outlet for releases by Matt Warren, Ralphi Rosario and Miguel ‘Michaelangelo’ Garcia – sparky jack and new wave-inspired 4×4 being the order of the day.

In honour of the release, Still have pulled together a short documentary featuring interviews with label bosses Warren and Garcia. The film features some charming archival photographs, a tour of the office’s label headquarters (a garage in their parents’ house, natch), and some general lowdown on Sunset’s status as “one of the first pioneers” to put out House releases in the city. Click below to watch.

Kill Yourself Dancing! The Story Of Sunset Records Inc. Chicago 1985-89 from Still Music on Vimeo.