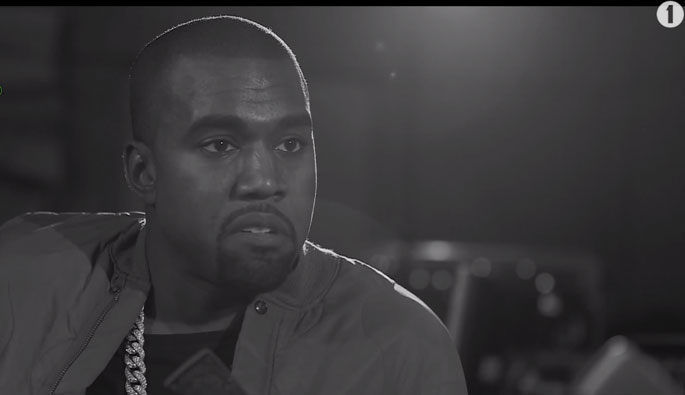 Kanye West visited the UK earlier this week appearing on Later… With Jools Holland where he performed tracks from Yeezus including ‘Bound 2’, ‘New Slaves’ and ‘Blood On The Leaves’.

But that’s not all West got up to while in town. News dropped this morning that he also recorded the second interview of his new album’s promotional cycle with BBC Radio 1’s Zane Lowe – the first interview was conducted by Kris Jenner, the mother of his wife Kim Kardashian.

The interview, which will be split into four parts, is set to go out from Monday to Thursday next week (September 23 to 26) as the first instalment in BBC Radio 1’s new in-depth programme.

In a teaser clip for the show Kanye appears true to form talking about people’s perception of the rapper before claiming “I’m the number one rock star on the planet.” See it for yourself below.