Gucci Mane opens up about his drug problems, apologises for this month’s Twitter meltdown 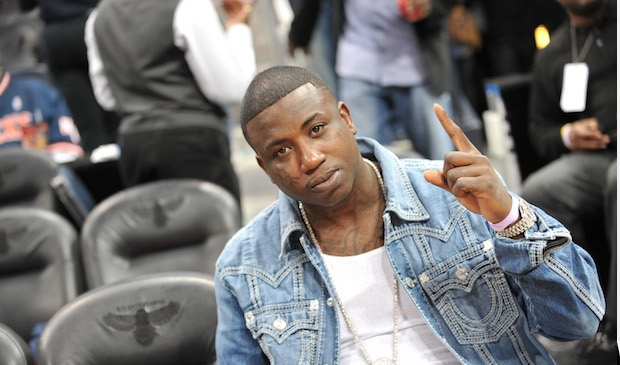 Atlanta rapper Gucci Mane has reactivated his Twitter account to open up about his drug problems and the now-infamous posts that he made earlier this month.

A period spent arguing with former friends Waka Flocka Flame and Frenchie reached a climax on September 9, when Gucci made public claims about everyone from Nicki Minaj (he claimed that him and Waka Flocka Flame had a threesome with her – claims that both Flocka and Minaj denied), to Tyga’s partner Blac Chyna (likewise), to Big Cat Records’ Jacob York (Gucci claimed he was a pedophile). The next day, Gucci released his latest album Diary of a Trap God for free and deleted his Twitter, and the weekend ended with his arrest in Atlanta for carrying a concealed weapon and weed possession, TMZ claiming that he’d been taken to hospital as a precaution.

Speaking on Twitter today, Gucci opened up, Tweeting that he “Woke up the other day out this hospital bed & I’m so embarrassed & ashamed of my behavior that was brought to my attention. I just wanna man up right now & take this time to apologize to my family, friends, the industry & most of all my fans. I’m SORRY! I’ve been drinking lean for 10plus years & I must admit it has destroyed me. I wanna be the first rapper to admit I’m addicted to lean & that shit ain’t no joke. I can barely remember all the things I’ve done & said. However there’s no excuse. I’m currently incarcerated but I will be going to rehab because I need help. I wanna thank everyone that has stood by me during this difficult time. Please keep me in your prayers.”

“I wanna personally apologize to birdman ross & drake”, Gucci closed (though there’s he doesn’t extend the apology to Minaj, or any of the other women he made sexual claims about). “Dem my niggas. I 100% regret my words & actions.”

Musically, Gucci’s had one hell of a 2013, releasing eight mixtapes and two albums. That’s a lot of music, so FACT’s John Twells rounded up some of the great Gucci cuts from this year that you might have missed here.