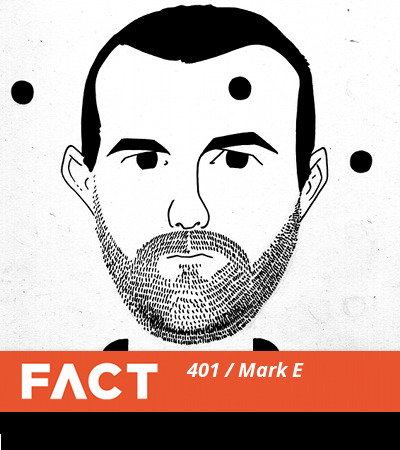 In the world of techno, Birmingham’s often talked about as the home of schlocky 4×4 brutalism, as practised by the likes of Regis and Surgeon in the 1990s.

Sidestep to house, however, and there’s Mark E – Britain’s king of chugging house and disco. On the surface, there’s little to link Mark E with the Brum techno elite, but one thing they do share is an uncanny hypnotic quality to their music – Regis has talked in interviews about the joy he finds in “mak[ing] tracks that had very little but are massively hypnotic”, and Mark E’s sets have the ability to draw you in like few others. Dude’s never in a rush, and when you give in to his sets, it’s like time’s ceased to exist.

In 2011, Mark released his first album, the smouldering Stone Cutter on Spectral Sound, but for us he’ll always be about the singles – let’s face it, everyone should know about his re-edits by now – and the mixes. Seriously, the mixes – you can listen to them for days. It seems absurd that he hasn’t done one for FACT yet, but today we redeem that: Ron Trent, Silent Servant, Osunlade, Fred P and more feature.