The honey thief: The Field on making his deepest, darkest album to date 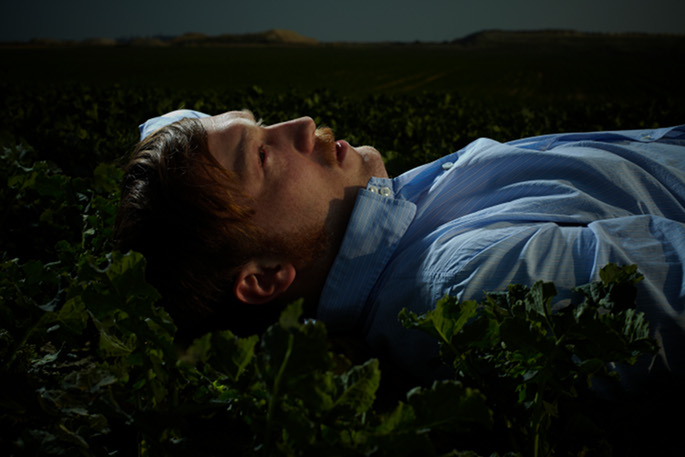 Like any good spendthrift, Axel Willner knows how to turn minimal means to maximal effect.

The Field‘s 2007 debut for Kompakt, From Here We Go Sublime, set out his distinctive methodology: simple loops, crudely stapled together, to create weightless, gooey-eyed dance music. Although profoundly accessible, his gimcrack take on trance music had a foot in more experimental traditions – what with its jackknife cuts and stylised stutters, From Here We Go Sublime shared some DNA with James Tenney’s turntable creations and Markus Popp’s process music. 2009’s Yesterday And Today broadened the range and the cast list – Battles’ John Stanier contributes drums to the record – and 2011’s Looping State Of Mind showed Willner applying his stop-start strategies to post-punk, shoegaze and motorik templates.

After half a decade of experimentation and assimilation, new album Cupid’s Head sees Willner turning his gaze navel-wards. Produced quickly in the wake of a period of post-tour fatigue, it’s easily his most personal album: no guests, no cross-genre sorties, no fripperies, no creative concessions. For the most part, it’s a dark and dysphoric collection; on standout ‘No. No’ in particular, the loop – once used as an expressway to euphoria – becomes a vehicle for obsession, for compulsion, for the opening and re-opening of wounds.

FACT spoke to Willner about the album’s troubled gestation, the genius of Steve Reich, and why making dance music isn’t so different from rustling up a risotto.

“I still get more kick out of Steve than most other contemporary dance music producers.”

There’s something quite brutal about that title, Cupid’s Head – a romantic image with a nasty twist. Why did you choose it?

That’s the feeling of it. The album is about visions of the future, tiny actions vs. consequences, love… and Cupid has a lot to do with that.

Why did you elect not to bring in other musicians, à la Yesterday And Today and Looping State Of Mind, on this record? 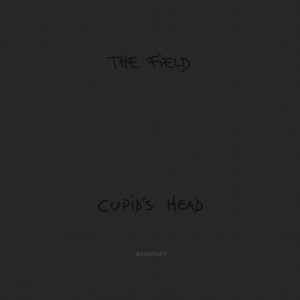 It actually just happened, it was nothing that I planned. But as I had quite some trouble to get it rolling and when it finally did, it all just came. And working more with the tracks, I felt that they actually didn’t need anything else and that it felt great to do somewhat more of an electronic album. It’s still a bit more sparse in the sound compared to Looping State Of Mind, but, as I said, I didn’t need anything more. I wanted to keep it more like From Here We Go Sublime – raw, and not too polished. That wouldn’t have happened if we’d recorded in a studio with all the post-production and what-not.

The looping process feels less central than on previous The Field records – compared to From Here We Go Sublime, where everything always comes back to the cut, the Cupid‘s Head pieces feel much more textural and immersive. Is that a shift you recognise in the music?

It changed, as my set-up and myself changed too. But not working with samples in Buzz but in the Octatrack instead, you have a whole new way of working/thinking, and the outcome will be different. it was just a very welcomed change, as I needed something else. But for me it’s still all about the loop.

Cupid‘s Head, and, more explicitly, the Loops Of Your Heart material, shares some of the spirit of classic kosmische – and, of course, bands like Ash Ra Tempel and Tangerine Dream were obsessed with the repetition music of Terry Riley, Steve Reich et al. Is classic minimalism – as opposed to dance music – an influence on your work?

Both what you say there are and have been big influences all along, and it was some time ago I got really inspired by dance music. I still get more kick out of Steve than most other contemporary dance music producers, and also they take their time in the music, which is something that I admire.

To these ears, Cupid’s Head and the Loops Of Your Heart album share a lot of DNA with some of your Lars Blek/Cordouan material. Do you see any crossover between your recent work and your early output?

For this time around, it feels like all of it kind of melted together to a new hybrid. You can still tell it’s The Field, but, as you say, there’s a lot of everything in there. I always tend to need to do something else when I focus too much on one thing, both in life and music, so it was just a question of time, I guess, until it all would float together. Most of the tracks have parts in them which remind me of parts of other of my aliases – and it’s nice, for myself, to have a little revival.

What sort of music were you listening to when you made the album? Are there any particular musical influences you can put your finger on?

To be honest, I was hardly listening to music at the time. I found other things influential to get the process going, like cooking. Making a The Field song is a bit like making a risotto. You stir, add a ladle of stock, and stir, add a ladle of stock, keep on going. and then throw in some other ingredients – of course stirring – and in the end you have something completely different. It’s those two to three ingredients in the end that are so crucial. Making the album made me also step out the musical vacuum I was in and get listening going again.

Traces of your Black Fog work are evident on Cupid’s Head. What draws you to that classic horror soundtrack sound – and why do you think there’s been such a resurgence of interest in Carpenter, Howarth et al in the last few years?

For me, it’s very nostalgic, growing up with the movies. I do really like the drive in the music, and I think its the same for a lot of people my age, at least.

It sounds like the promotion/touring cycle has put a strain on your personal life and creative work over the last few years. Do you think that labels need to think more carefully about the impact of that ‘burnout’ effect on their artists?

I think it depends on the person. Some can just go on forever, and I think the climate with label/artist has always been like that. But for me, when touring a lot of my focus is on that and what we´re doing live. So to combine that with studio time is, for me, pretty hard; creating new music, of course, demands a lot of creativity and new ideas. That was my biggest problem this time around, you know – feeling drained and not knowing that you actually have something in you that can be good.