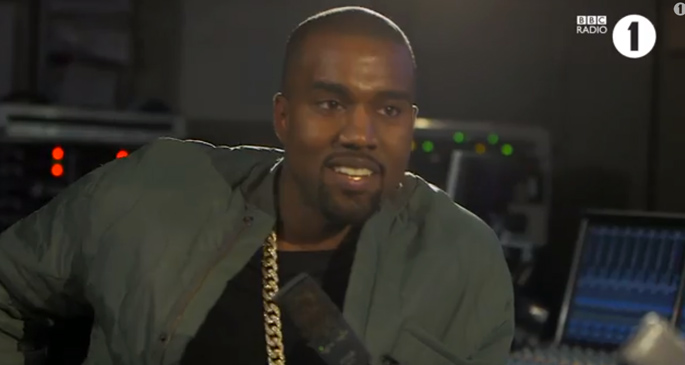 Kanye West‘s Yeezus has been a favourite around these parts (with some of the team, at least), but he remains one of the world’s most confounding talents.

Always outspoken, West has had a troubled history with journalists and is in turn hesitant to give interviews, which makes this one-on-one with BBC Radio 1’s Zane Lowe all the more interesting. In Part 1, Kanye goes into depth on Yeezus, explaining that he is, above all “a production guy.” Funnily enough, West has just announced his next production outing, working with singer Charlie Wilson.

Take a look below, or if you’re quick, catch the rest of the interview streaming here as it airs live in the UK. [via Complex]

Update: The full hour-long interview, as broadcast on Radio 1 last night, is also available to stream below.

Update 2: You can now see video of the second part of the interview below.

Update 3: The third part of the video interview is now online.

Update 4: The fourth and final part has finally been uploaded.