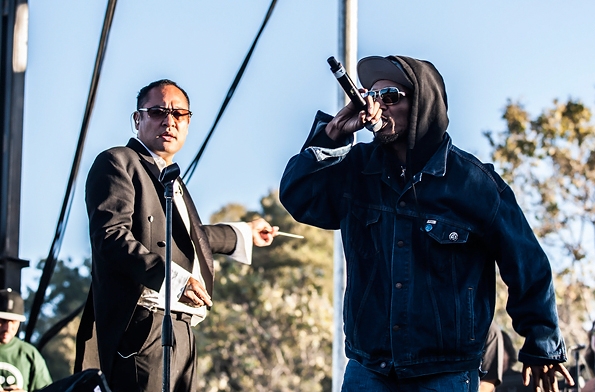 Deltron 3030 – the triumvirate of Souls of Mischief’s Del Tha Funky Homosapien, well-connected producer Dan The Automator and turntablist Kid Koala – haven’t released an album since 2000’s self-titled debut, and their new record isn’t exactly a furtive shuffle back into the spotlight.

This Summer, FACT’s Laurent Fintoni sat down with Del for a comprehensive interview about the project. Deltron 3030 are midway through a major tour, including a string of dates with a 16-piece orchestra.