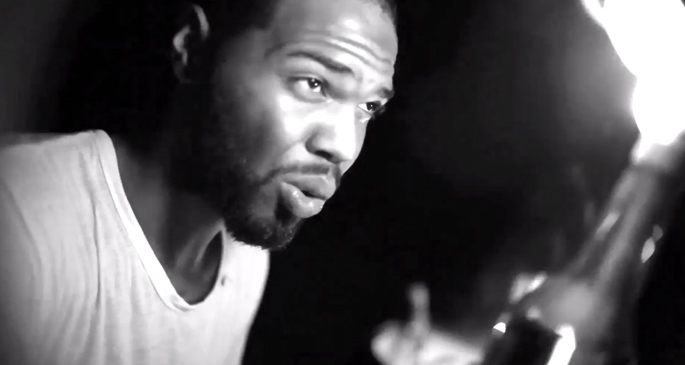 Rome Fortune has had an unshakable 2013 so far, and from the looks of this latest drop he’s not about to let up.

Brand new track ‘Safety’ comes backed with a suitably noir-ish set of visuals from Goodwin (who directed the vivid ‘Grind’ promo), and sees Rome assume the role of revenge killer, camping out in a fiery secluded spot to secure his kill and nabbing the girl in the process. It’s evocative, cinematic stuff – a far cry from the usual rap video production line – and shows Rome as efficient an onscreen personality as he is a rapper.

Thankfully the track itself is just as crushing, with an eerie synth-led beat from Dun Deal forming the paper on which Rome inks yet another vivid set of characteristically cadenced rhymes.

‘Safety’ is only part one of the narrative, and another video (which moves the characters into a new genre altogether) is set to drop soon. Whether the tracks will make it to Rome’s imminent Beautiful Pimp II, well we’ll just have to wait and see.