The Fall: Kiss Land, that ‘Pretty’ video, and how The Weeknd tumbled from grace in 2013 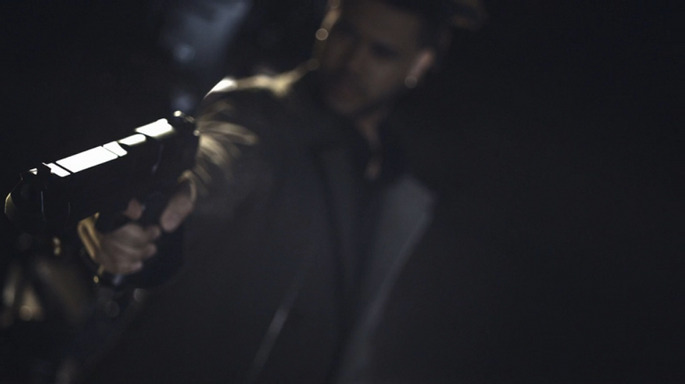 ‘Pretty’, the latest video from The Weeknd‘s new album Kiss Land, depicts the formerly-anonymous r’n’b singer hunting down, and murdering, a former flame. FACT’s Lauren Martin tackles the increasingly pronounced issues with The Weeknd’s music, and wonders whether her – and others’ – patience is in the process of running out.

Before I get into this I need to say that when it comes to misogyny, I am pretty self-aware about being a female rap and r’n’b fan. Keeping it brief: misogyny in rap and r’n’b is representative of misogyny in society and so there’s often something weird, insulting or objectionable going on, but in caring about the music I love I try to balance the salt and the sincerity. I’ve often been asked my opinion on something in rap or r’n’b, “as a woman”, and struggled to shrug off a conversation that I pretty much never want to have with strangers (and only occasionally with friends, after the fourth beer) other than by doing my best half-smile and Chris Rock impression: “Well, he ain’t talkin’ about me!”

The thing is though, because misogyny in rap and r’n’b is representative of misogyny in society, it’s an old subject that always has new talking points. I think Earl Sweatshirt’s Doris is a great record, but I flinch when I hear “I’ll fuck the freckles off your face, bitch.” I think Kanye West is a genius and I enjoy Yeezus, but it’s littered with lyrics that have made me start too many sentences about that record with a “but”. I’d never want self-awareness to stop me listening to the music I like, but I also can’t ignore it when music that I like turns sour, and with that in mind, I need to talk about The Weeknd.

Abel Tesfaye’s decline from tortured soul to lecherous beta male over the past few years has been a sobering experience. I bumped House of Balloons hard when it dropped. I enjoyed his brooding stranger persona as much as that fragile falsetto and those languid, eerie beats of his (well, sort of his) yet for everything I liked, something nagged. Granted, the way he’s painted this portrait means that he’s the one who watches the party turn from Debbie’s to debris before moving in, but if I could mark a turning point it would be Echoes of Silence cut ‘Initiation’. The image of a wasted girl being told that to prove her love for Tesfaye she has to sleep with his crew is at best the brutal, logical conclusion of this portrait decaying beyond recognition, and at worst a detailed rundown of the gang / date rape of the drugged, voiceless woman that has followed (or has been followed by) Tesfaye for his entire output. Either way, this song gives me the creeps.

Before I hear cries of “Artistic licence!”, “It’s just a story!” and “Sour hag, go listen to Taylor Swift then!”, here’s some salt. I’m aware that Tesfaye as an artist is, to an extent, free to create a world in which he figures himself as the protagonist of his own tale – however weird, insulting or objectionable it may be. More than that, he may want to ellicit that reaction from the listener; pulling you deep into his sordid world, perhaps even to shudder with him, and if so ‘Initiation’ is a stunning victory on the part of his song-writing. Taking a step back, singing about what could be argued as rape doesn’t necessarily make you a rapist in the same way that rapping about selling coke doesn’t necessarily make you a drug dealer, and so through Trilogy Tesfaye is weaving detailed, complex and cautionary tales of love, lust and self-loathing that, evident in his popularity, speak to many.

Now, here’s my shot at sincerity. The thing about a musician creating a persona is that it’s partly the result of that individual’s fantasies, and partly a reaction to the real-time success that follows, so you have to wonder what Tesfaye wants to say about himself with a record like Kiss Land. As the follow up to Echoes of Silence, Kiss Land sees the decline of The Weeknd as a semi-relatable human being who takes too many drugs, goes to too many parties and sleeps with too many girls. In his uncomfortable exoticism of Asian women, violent tendencies and obsession with prostitutes and/or strippers, he’s using voiceless women-as-victims to not just insinuate and justify his own warped sense of victimhood, but figure that victimhood as greater than that of the women he describes as being strung along and abused.

See ‘You Belong To The World’: I want to “domesticate you”, but selling your body makes it difficult for me to love you and so I’m resigning myself to the fact that, however difficult it is for me, “you belong to the loneliness of filling every need.” Think that’s kind of gross? Try ‘Pretty’: “Sleep with another man, and I’ll hunt you down and kill you both”. Spare a thought for the predatory party boy, huh?  Even if you accept at face value that this is what The Weeknd is all about, if the stripping away of emotional engagement and the difficult objectification of women are symptomatic of a deeper, very real pain of his, then there’s only so long that persona can maintain its intrigue and relevance before it descends into self-parody; becoming dull and even, in terms of how he figures women, repellent.

Where this persona is now suffering is that when The Weeknd’s anonymity ceased and he became more man than mystery, his sound plunged to new levels of introverted despair without much of an in-route for empathy. It brings up a question that’s often asked of Drake, too, albeit for different reasons: is this a lonely artist searching for redemption and understanding after years of “suffering from success”, or an artist amping up the theme of loneliness to mask the fact that he suffers from not much else other than success?

Can he ever enjoy success without compromising this bleak vision, and what does it say of his audience that a persona like The Weeknd’s can enjoy such success without much criticism of his depiction of women? When your entire persona is built on misery, your fans will demand misery. And when you tire of misery, where do you then turn? Kiss Land and the video for ‘Pretty’ mark a tipping point for The Weeknd in these regards because if Tesfaye is to be believed, misery really doesn’t love company. Eventually, I’m going to run out of salt.