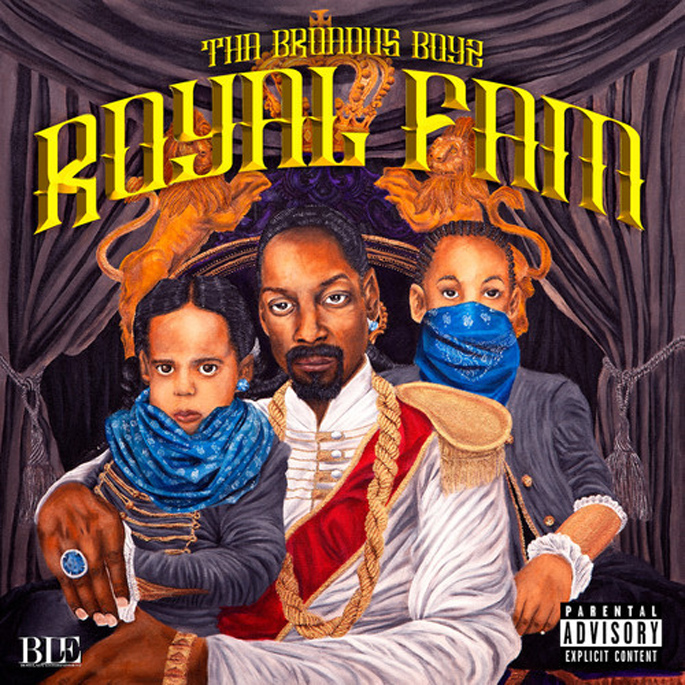 Prolific rap veteran Snoop Dogg is back, and he’s not alone – he’s teamed up with his two sons Cordé Broadus and Cordell Broadus to form Tha Broadus Boyz. Going under their rap names Spanky Danky and Dirty D, the two trade bars with dad over debut mixtape Royal Fam (check the magnificent artwork above), and despite the whole prospect sounding – let’s be honest here – a bit iffy, it’s actually not the trainwreck it could have been.

Unsurprisingly, talk of bitches and gangsters is cut in favour of nods to the “old lady” and family friendly fodder such as smoking weed and making large amounts of money. You can take a listen and make your own mind up below. [via HipHopDX]