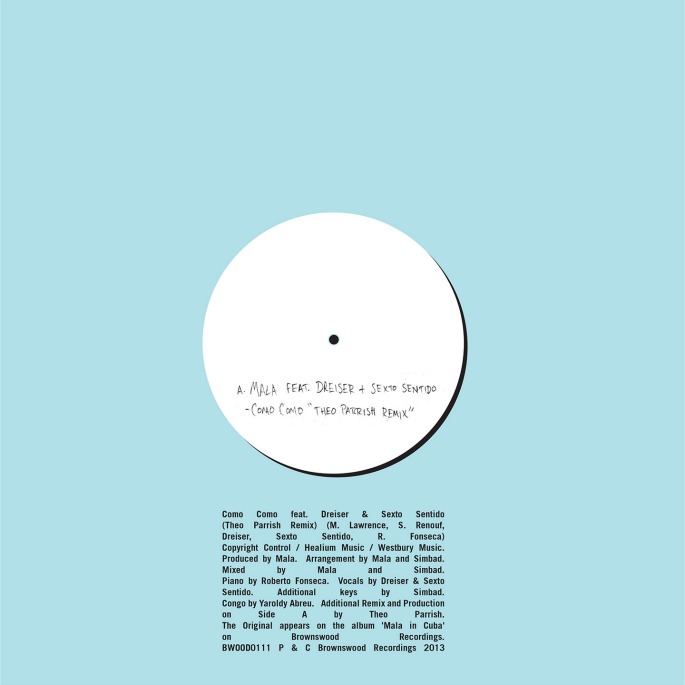 The cult house figure joins Mala in the Caribbean.

Detroit DJ and producer Theo Parrish has delivered a remix of UK dubstep don Mala’s ‘Como Como’, putting his own warm and soulful spin on the free-flowing jazzy cut from last year’s ambitious Mala in Cuba album. The original features vocals from Cuban musicians Dreiser and Sexto Sentido, which Parrish pulls to the fore for his reworking, echoing the choral shimmers with layers of twinkling synths.

The remix will be available as a 10″ on October 14 via Brownswood Recordings (and digitally on October 21), and follows an earlier release by Mala and eclectic producer Simbad which reworked album track ‘Noches Sueños’ into a dubbed out wobbler.