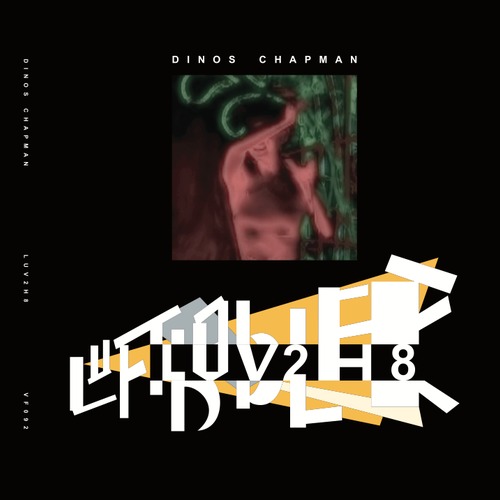 Dinos Chapman might claim to like “music that sounds like broken washing machines”, but the title track from his new EP Luv2h8 beats right on time.

An eerie blend of filtered Chicago-style toms, creeping ambience and watery piano, you can now stream Luv2h8‘s 10-minute lead track below. On Thursday October 17, the celebrated visual and musical artist will perform his Luftbobler live audio-visual show for the first time at London’s Fabric, with support from brother Jake Chapman’s band Heimlich, and DJ sets from Trevor Jackson (who contributes a remix to Luv2h8), Jarvis Cocker, Steve Mackey and Nick Williams. More on that here.

We’re giving away tickets for you and three friends to see the show, as well as a signed copy of Luv2h8 – to enter that, head here. The winner will be announced on Monday October 14. To order Luv2h8 from The Vinyl Factory, head here.

Last week Dinos Chapman and Trevor Jackson took on the week’s music for the FACT Singles Club – you can watch that here.