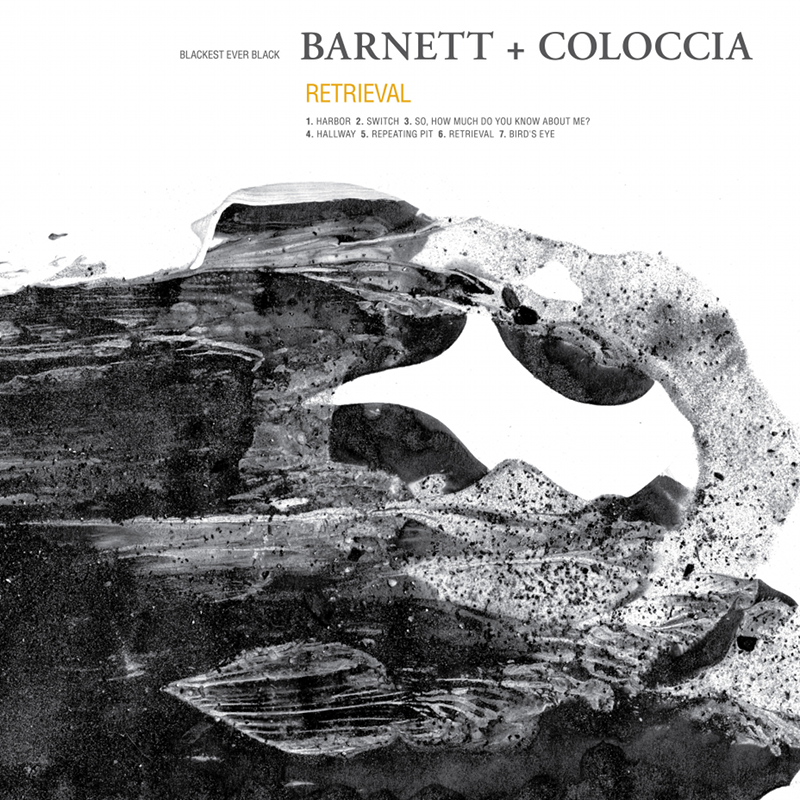 Coloccia was a founding member of Everlovely Lightningheart, and has worked with Boris, Williams Fowler Collins and more. Barnett, meanwhile, played in the group Oakeater but is best known these days for his solo work. As a press release for the record explains, “Following an initial exchange of ideas, the bulk of Retrieval was recorded over three intensive days at Otic Sound in Vancouver, with Coloccia contributing treated vocals, tape-manipulated acoustic recordings and AM radio sounds, and Barnett adding an array of synth instruments to create further loops, drum sounds and other rhythmic elements.They then reconvened at AVAST! studio in Seattle for a final session of mixing and editing with engineer/producer Randall Dunn.”

On Saturday October 12 the label will once again descend on South London’s Corsica Studios, with a line-up featuring Tropic of Cancer, Source Direct, Raime, Shampoo Boy and a small army of similarly minded darkside bastards (as with 2012’s event, it’s effectively a mini-festival). FACT are running a competition to win three tickets for the event, plus Tropic of Cancer’s excellent Restless Idylls on vinyl and a limited edition Blackest screenprint by Simon Fowler. To enter, simply email competitions@thevinylfactory.com with the subject line ‘Blackest 2013’, and that’s you in the draw.

Sidestepping from Blackest to the longer-running but loosely-associated Downwards label: Karl O’Connor (a.k.a. Downwards founder Regis and regular contributor to Blackest Ever Black) has collaborated with partner Veronica Vasicka (boss of the Minimal Wave label) for a limited edition (as in, 30 copies limited) flexidisc under the name This Desire. That will be available at this weekend’s Brooklyn Record Fair. More on that release here, that’s the artwork below.