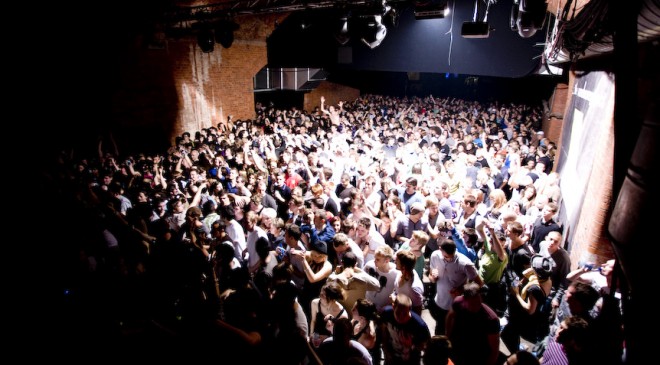 Manchester’s Warehouse Project is to launch a new drug testing system following the death of a 30-year-old man and the hospitalisation of five others in the early hours of last Saturday.

On Saturday, October 12 (a night featuring Rudimental, Andy C and DJ EZ, among others), the club will test drugs seized on the premises in a government-funded laboratory set up inside a trailer – a move that’s believed to be a first for a UK club.

Testing will continue on three further nights throughout the year, but is not intended to help drug users confirm the contents of what they’re ingesting, as only substances confiscated by security or handed in by clubbers will be tested.

Sacha Lord from The Warehouse Project, said: “Any drugs confiscated are going to be put through a machine, which in seconds evaluates what is the makeup of that particular confiscation. We can then send out messages via social media during the event.”

Speaking at a press conference, Warehouse Project organisers said they also plan to increase security and install air conditioning units at the venue after last week’s tragedy, which was link to a “bad batch” of ecstasy. Many clubbers took to Warehouse Project’s Facebook page to complain of extremely hot and overcrowded conditions inside the venue.

The promoters additionally revealed that a drug dealer was arrested inside the club on the night of September 28, but “then went onto ingest copious amounts of his own product, leading him to be hospitalised.” The person has since recovered, been discharged and arrested. [via RA; BBC]