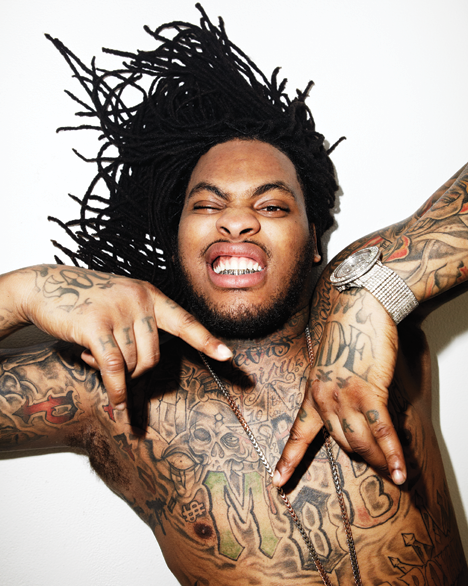 If there’s one rap beef that’s towered over all others this year it’s very public falling out of old friends Gucci Mane and Waka Flocka Flame.

Gucci might have had his problems with pretty much everyone he’s ever worked with at some point in the last few months, but his fall-out with Waka feels like it stings hardest, mostly because the two felt like such a solid unit. Gucci was managed by Waka’s mom, and early on took the young Waka under his wing – giving the chorus “when I met Gucci thought I met a real nigga/until he crossed the line and he became a fuck nigga” from Waka’s new single ‘Ice Cream Cone’ more weight than usual baseless, hollow chants.

Both artists have talked far more openly about their beef than probably either of them wanted to and ‘Ice Cream’ simply continues the trend, with Waka offering advice to Gucci to stay back (“he know I got an army, know I got some killers”) and referencing the infamous Twitter meltdown (“Geeked up on these drugs so he better watch his lip”) without revealing anything too controversial in the process.

The track has been snatched from Waka’s upcoming tape From Roaches to Rolex which is due to drop later today. [via All Hip Hop]