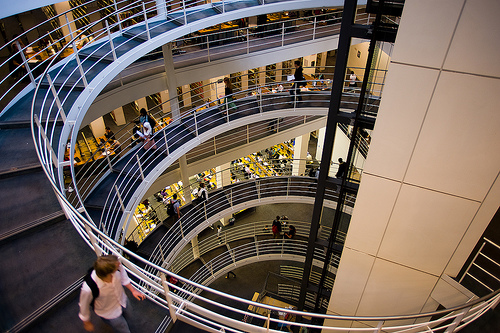 A new report by the London School of Economics (LSE) has made a case for file sharing helping, rather than hindering the music industry.

The report’s researchers point to other sections of the entertainment industry, such as gaming, film and publishing, claiming that they have “adapted more quickly” than the music industry when it comes to innovating to combat piracy.

Citing the music industry’s current “healthy profits” from digital sales (compensating, it claims, for the decline in revenue from physical formats), the study goes to on argue that if the music industry had been quicker to adept to a world with file-sharing, they would have experienced this growth far sooner. The report’s key points are thus:

The creative industries are innovating to adapt to a changing digital culture and evidence does not support claims about overall revenue reduction due to individual copyright infringement.

The experiences of other countries that have implemented punitive measures against individual online copyright infringers indicate that the approach does not have the impacts claimed by some in the creative industries.

A review of the UK Digital Economy Act 2010 is needed based on independent analysis of the social, cultural and political impacts of punitive copyright infringement measures against citizens, and the overall experience of the creative industries.

It’s certainly not all black and white – earlier this year, FACT’s Chal Ravens looked to Japan and Korea as examples of the benefits of stricter punishments for music piracy – but it’s certainly worth a glance. You can read it in full here.