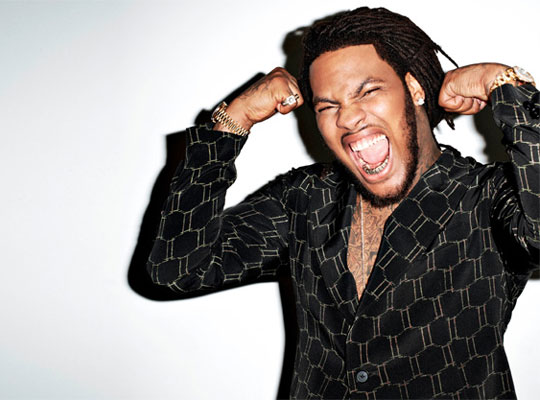 The King of Rap EDM is me. I’ve been there”, he told HipHopDX. “People didn’t understand what I was saying, now they do. I see a lot of my students, I’m like the principal, I’m here to talk … [the album’s] already in the motion. Flosstradamus, Diplo, Skrillex. Some underground people, too. I want to create a name. I’ve been doing it in hip-hop so long.”

Today, we’re one step closer to hearing how that might sound. Israeli producer Borgore, best known for his vomit-toned dubstep tracks and his live show, which sees him accompanied by a fleet of strippers, has collaborated with Waka and singer Paige on his latest single, ‘Wild Out’. Waka actually sounds pretty good on the track’s first minute, but then the whole thing nosedives hard.

You can stream the track at Rolling Stone, and watch FACT’s Mr. Beatnick meet Mr. Flame below.