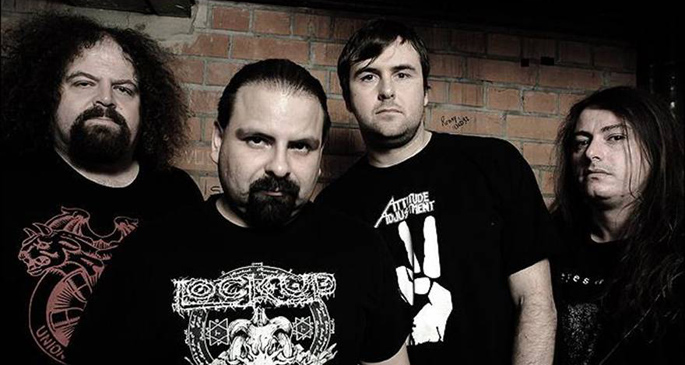 In March we revealed that Napalm Death‘s proposed collaboration with the Victoria and Albert Museum’s ceramic artist in residence Keith Harrison had been called off, but now it looks like it’s all back on.

The project was touted at the time as a comment on poverty in the band’s Birmingham hometown, finding the band performing on a bespoke clay PA which would slowly crumble throughout the performance before eventually fizzling out completely. It’s easy to see then why the V&A might have had a problem with it, but luckily Bexhill-On-Sea’s De La Warr Pavilion is happy to usher in the grindcore instigators and have announced that the event will be happening on November 29.

The event is set to be streamed via YouTube, but if you’re in the Bexhill area it’s also absolutely free, so there should be no excuse for not showing up. [via The Wire]