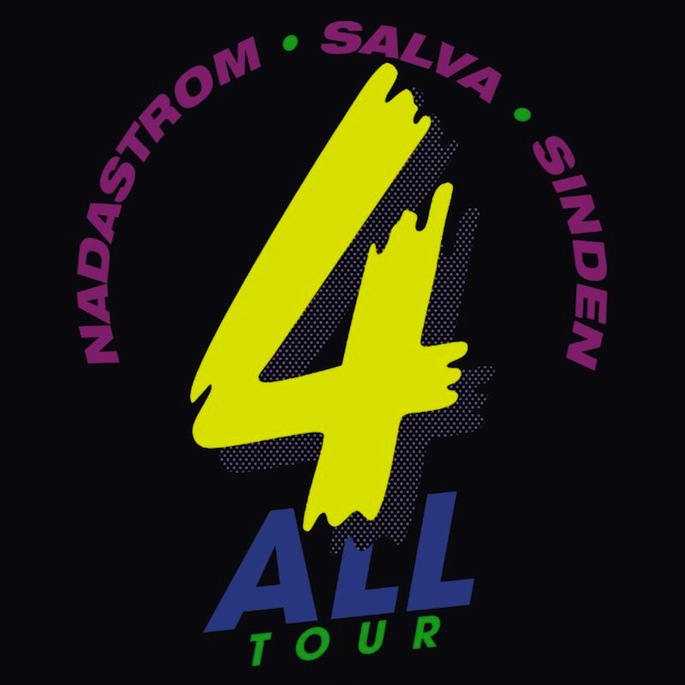 Frite Nite boss Salva, dance music don Sinden, and moombahton progenitors Nadastrom will spend November touring North America. They’ll kick things off at Hard’s Day Of The Dead festival, and they promise to close each show with a “B2B2B2B” set.

In addition, the four DJ/producers have been working together in the studio: their first creation is ‘4 ALL POSSE CUT’, a Baltimore club-nodding bit of techno reminiscent of Nadastrom’s pre-moombahton, Dubsided tracks. Stream/download it below; the tour dates follow.