Another tome in the pipeline for the busy drummer, writer, DJ and college lecturer.

Just a few months after the publication of his autobiography, The Roots’ Questlove has announced he has another book on the way, this time chronicling the long-running US television show Soul Train.

From 1971 until its final broadcast in 2006, Soul Train welcomed the top soul, R&B and hip-hop stars from each generation onto its stage, including Marvin Gaye, Michael Jackson, Stevie Wonder, Aretha Franklin, LL Cool J and Mariah Carey.

Titled Soul Train: The Music, Dance, and Style of a Generation, Questlove’s hardcover book examines the history of the musical variety show and its cultural impact as the first TV programme to bring black music and dance into America’s living rooms.

The book includes over 350 photographs from the Soul Train archives and a foreword from iconic R&B singer Gladys Knight, while rapper and TV star Nick Cannon, who recently announced his plan to relaunch Soul Train on NBC, also contributes to the preface.

Soul Train: The Music, Dance, and Style of a Generation is out on October 22 through HarperCollins’s Harper Design imprint.

Questlove published his memoir, Mo’ Meta Blues, earlier in the year. The cerebral musician also helped teach a course at NYU’s Tisch School of the Arts this spring about ‘classic albums’. More recently, he penned a thoughtful essay responding to the controversial verdict on the Trayvon Martin shooting in Florida. [via Exclaim]

Check out the book’s fantastic front cover and watch an epic Soul Train performance by one James Brown below: 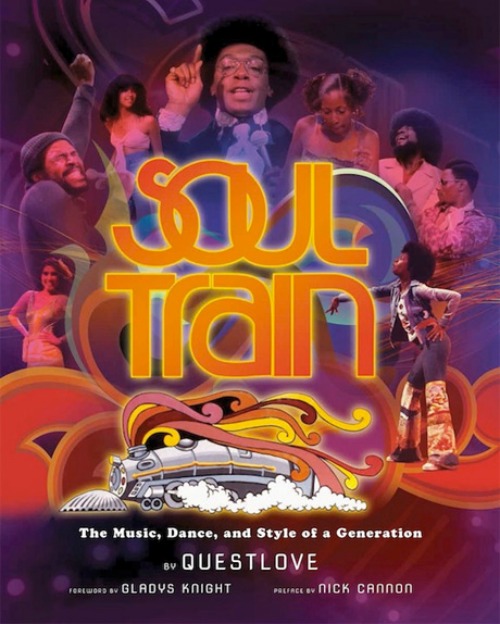