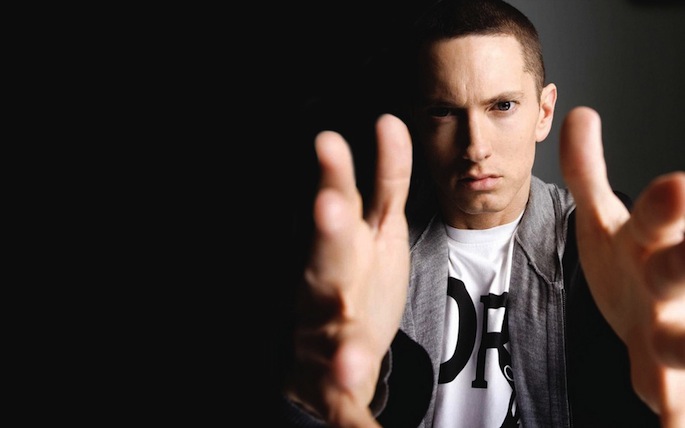 Dr. Dre and Rick Rubin are named as producers on the forthcoming disc.

Eminem will release The Marshall Mathers LP 2 on November 5. We already knew that the rapper’s childhood home adorns the cover, and now we know the details of the 16-track affair.

Featured guests include ‘Love The Way You Lie’ collaborator Rihanna, Fun. frontman Nate Ruess, singer-songwriter Skylar Grey, and Compton hero Kendrick Lamar. The latter has also been taken under the wing of Eminem’s original mentor, Dr. Dre. “It was unexpected,” Lamar said of the appearance. “I just went to Detroit. I had a show out there and I got a call saying, ‘Come to the studio, fast.’ So we did it.”

The tracklist is below, along with the video to Eminem’s latest single, ‘Survival’. [via MTV]