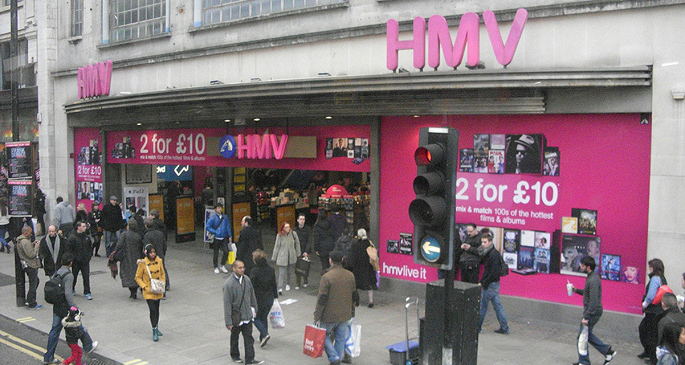 Beleaguered retailer HMV haven’t had the best couple of years, but that hasn’t stopped them from going all-out for next week’s London relaunch.

The brand’s Oxford Street spot had been a London fixture from 1921 until 2000, and is set to fling open its doors at 8am on Monday. If you’re lucky enough to be among the first 300 in line, you’ll be able to grab a gratis 7″ promo copy of The Beatles’ ‘Live On Air Volume 2’. If you’re around on Tuesday, you might be able to pick up one of 100 special coloured vinyl copies of Elvis Presley’s self-titled debut album. On Wednesday you can bag one of 100 clear vinyl copies of New Order’s classic Movement, and on Thursday you’ll be able to grab one of 30 promotional 78RPM 10″ Robbie Williams promos.

There’s a veritable grab-bag of treats, so plan your week carefully and you could end up with a stack of free wax. [via NME]