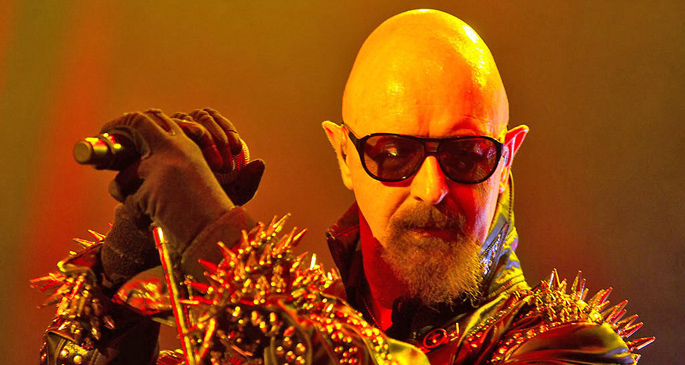 Black Country bad boys Judas Priest are inarguably one of the most important British metal bands of all time, and frontman Rob Halford is now due to be immortalized in long-running cartoon series The Simpsons.

Halford’s unmistakable leather-clad features will be yellowed along with US comic types Judd Apatow, Leslie Mann, Paul Rudd and Seth Rogen. The gang will apparently be singing a version of Priest’s classic ‘Breaking the Law’ (which you can hear below) after Homer catches heat for illegally downloading movies.

This appearance follows Sigur Ros’s cameo in May, and Halford joins the storied ranks of Sonic Youth, Metallica and many more bands who have received the Groening treatment. [via Metal Hammer]