Listen to three Nirvana interviews from the early 1990s 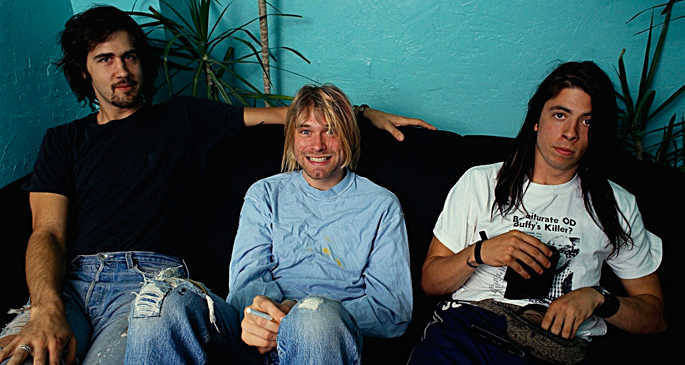 Nirvana fans have been spoiled lately, what with last month’s expanded reissue of In Utero, Spotify’s audio documentary about the album and a chance to see the director’s cut of the ‘Heart Shaped Box’ video. Now, British writer James Sherry has added to the wealth by posting the audio from three interviews he conducted with the band in the early ’90s, all of which can be heard below.

The first was recorded in the London office of Metal Hammer magazine in November 1990, while Nirvana were in town to headline the Astoria. It’s a fairly poor quality recording, so you’ll need to squint your ears a bit. “Once we got back to the office and I had made the band a round of tea, we settled down to talk – well at least Krist and Dave did,” notes Sherry.

The second was conducted in a pub in Hammersmith in the summer 1991, just before the release of Nevermind, while the final interview was a 1992 phone chat with bassist Krist Novoselic to discuss the crossover success of that album.

Sherry goes into more detail about his time with the band in a post for Caught in the Crossfire. Hear them all below. [via CoS]

Other Nirvana ephemera that’s come to light lately includes Steve Albini’s written proposal to the band about how to record In Utero, and a copy of their first record contract with Sub Pop signed in 1989.