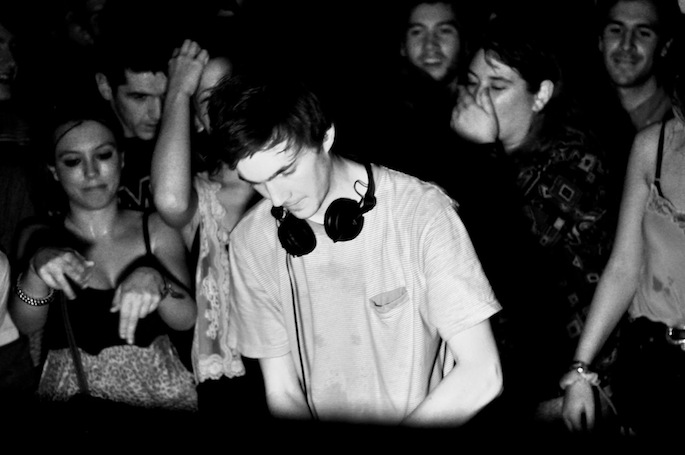 The best mixtape round-ups distill across-the-board tastes into one post. Accordingly, this week’s set includes bop from Chicago, ratchet from LA, and Real Trap Shit from Atlanta, along with DJ mixes from a Barcelona club fiend, an art director-DJ collective, and a set celebrating industrial techno’s foremost label. 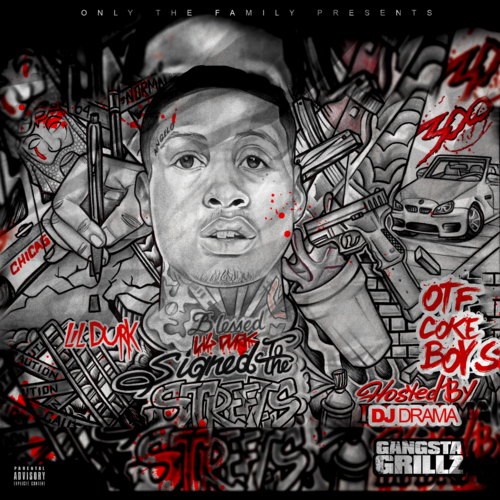 LIL DURK
SIGNED TO THE STREETS

Coming almost exactly a year after previous mixtape Life Ain’t No Joke, Signed to the Streets is the first record from Durk since his affiliation with French Montana’s Coke Boys. Those of you worried that the hookup might have dampened Durk’s honest, raw flow (we see you Excuse My French) will be pleased to know that Signed to the Streets is as hard-hitting as Durk’s ever been, even if it does find him moving further and further from the urgent rattle of the drill scene.

Mercifully free of the obligatory feature spots that pollute so many tapes, Durk’s vision is clear and concise, and he wisely follows the lead of the phenomenal ‘Dis Ain’t What U Want’. That’s not to say that there’s anything on the tape that quite manages to better it (there isn’t), but producer Paris Bueller handles a number of the tracks, and Durk’s post-Future Autotuned flow is markedly more melancholy than it was on Life Aint No Joke.

There’s no ‘Molly Girl’ here, and while Durk skates close on the comical ‘Bang Bros’, he seems more comfortable wallowing in cautionary street truths. There’s a notable difference here from the gold-plated self-congratulation of so much rap, and it frames Durk as an uneasy observer. ‘Can’t Go Like That’ and ‘Don’t Understand Me’ show a reflective streak that brings to mind Kevin Gates’ most recent full-length, and while Durk appears, at least superficially to be enjoying his position in the spotlight, the sober chant “This shit ain’t the same, cuz I can’t trust a soul” on the tape’s closing track ‘Times’ is a solemn reminder that it ain’t all fizz and strippers.

Brought together by a love of Birmingham techno, shadowy Leipzig crew DBIAPB (Dead Baby in a Plastic Bag, of course) and Berlin’s Marcel Heese have put together their loveletter to the city’s legendary Downwards imprint with this epic mix. It’s appropriate that that are celebrating their 20th anniversary this year, and we can’t think of a more fitting tribute to their massive contribution to the techno scene, than this knowledgable collection of tracks.

Started in 1993 by Karl ‘Regis’ O’Connor and Peter ‘Female’ Sutton, Downwards became probably best known for issuing the majority of techno deity Surgeon’s finest work, but there’s plenty more to the catalogue than that. DBIAPB and Heese’s mix avoids the label’s better-known moments in favour of a selection of tracks that actually capture the “real Downwards spirit,” and it works. As anyone who spent far too long hobbling through House of God or Atomic Jam will be able to confirm, there’s a certain feeling to Downwards material that’s almost impossible to capture in any specific track, but over almost an hour and a half, DBIAPB and Marcel Heese have managed to give it their best shot and it’s enough to bring tears to your eyes. 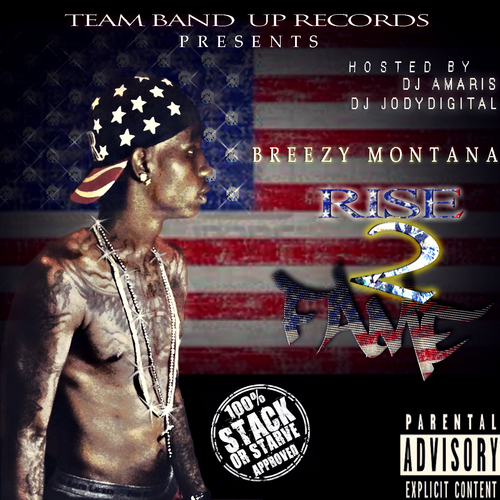 Don’t let his nickname fool you: 24-year-old Travaris “Breezy Montana” Brown has nothing in common with R&B/hip-hop irritants Chris Brown or French Montana. Rather, Brown is an ambassador for Chicago’s latest musical-cum-dance style: bop, the scintillating, AutoTuned, major key party rap music that is in many ways the polar opposite of drill, the spare, foreboding style made famous by the likes of Chief Keef and King Louie. Many even place the origins of the sound with DJ Nate’s post-footwork regional hit ‘Gucci Goggles’, although Atlanta voices like Future and Rich Homie Quan are influences, as well.

The 16-track Rise 2 Fame is loaded with anthemic party-starters. Topically, Breezy keeps it light: there are odes to his titular “rise to fame” (the 8-bit ‘Fame’ and sweeping ‘Havin Shit’), his designer obsessions (the sing-along ‘Foreign’ and trance-laced ‘Gucci holic’, among others), and b-ball metaphors (the self-explanatory ‘Swish’). Sonically, the bop sound is infectious, if repetitive, with standouts like ‘Ballout’ playing like guitar-and-Casio orchestras. There are even nods to Chicago’s other scene: ‘Show Out’ is practically a counterpoint to Katie Got Bandz and King Louie’s similarly-themed ‘Pop Out’.

Chicago is unparalleled when it comes to generating music/dance crazes. With bop about to be in the spotlight, Rise 2 Fame is a good a place to start as any. (Hat tip to Chicago Reader for the boots-on-the-ground reporting.) 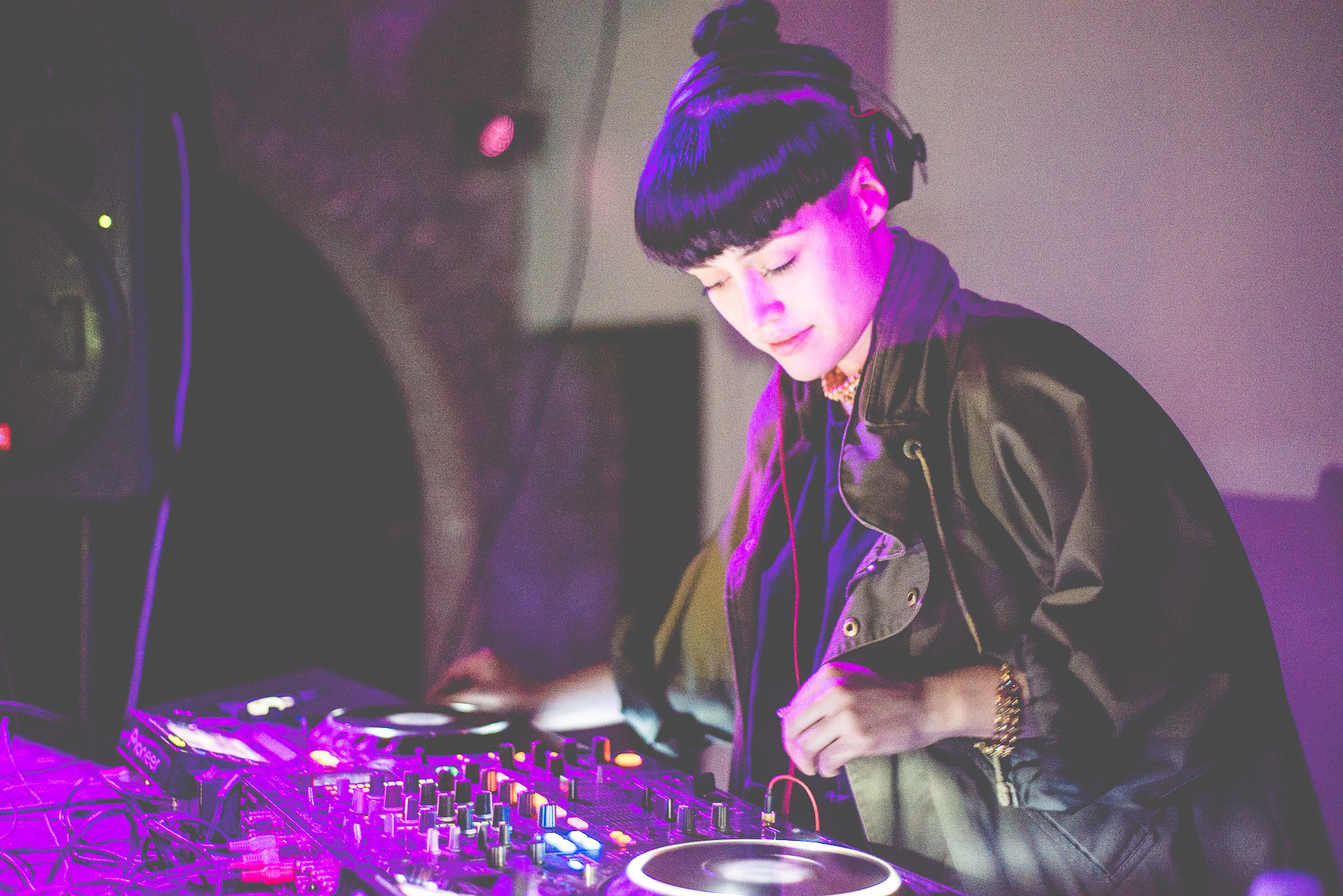 Barcelona DJ/producer Zora Jones steps up in a big way on this live set for Scratcha DVA’s Rinse FM show. The 45-minute mix makes detours in Baltimore club, ballroom beats, and slanted acid (via Jacques Greene and Sinjin Hawke’s ‘Wake Me’) before going heavy into the futuristic club music favored by Jones and Belgian crew Pelican Fly; of the latter, the edit of Richelle’s Feathers standout ‘Circular Motions 2025’ and Mister Tweeks’ take on Mz. Bratt’s ‘Selecta’ are highlights. The mix reaches a fever pitch with Gant Man and Rashad’s ‘Juke Dat!’, and the footworking climax gives way to some grimy mystery material. This one’s a workout. 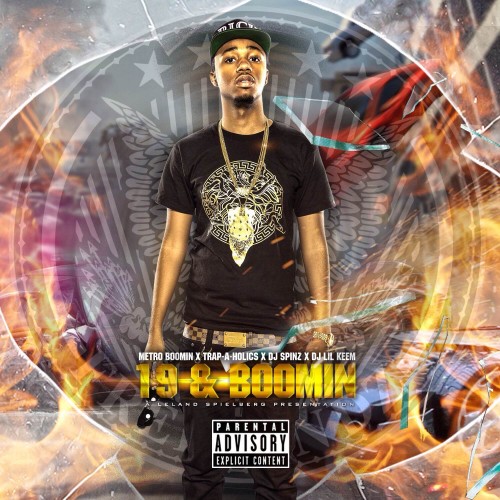 The 19-year-old producer behind Future’s ‘Karate Chop’ drops his first full-length effort, and along with Future Hendrix, the tape features Gucci Mane, OJ Da Juiceman, Ace Hood, and Young Thug, among others. The young talent also has a few extra hands behind the boards, as fellow Atlanta beatsmiths Zaytoven, DJ Spinz, Sonny Digital, and TM 88 co-produce some tracks. Metro certainly follows the Hotlanta formula of walloping 808, uneasy piano melodies, and loads of spooky synths: if it ain’t broke, don’t fix it.

Highlights come from predictable sources: Future gasps for air on ‘For The Love’ and struggles with success on ‘Maison Margiela’, and Gucci switches from sing-song to triplet-spitting to stream-of-unconsciousness on ‘1982’, ‘You A Drug’, and ‘Up And Down’. One-to-watch Young Thug brings his trademarked shrill-but-trill flow to ‘Some More’ and ‘Can’t See Em’; the latter is the more emotional of the pair.

Similar to (if less hit-heavy than) DJ Spinz’s HPG series, 19 & Boomin is an easy way to drop in on Atlanta’s vibrant rap scene. As for as a portrait of Metro Boomin as a young man, the mixtape proves that the kid has chops, if not a sound. For now, he’s a capable hand that has yet to break out of the Atlanta trap (for lack of a better word), but one that bears watching. 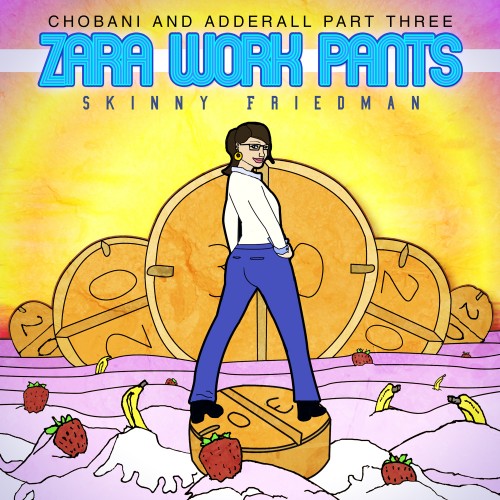 Skinny Friedman is back at it after the recent round up of Danny Brown one-offs Extra Pills, and now uninhibited by a theme he’s able to toss just about anything into the mix. Zara Work Pants is the third part of Friedman’s Chobani and Adderall series and finds him drafting in NYC funnyman The Kid Mero to help out with some surprisingly efficient skits. These are sandwiched between a rapid-fire sequence of tracks, edits and blends, from an upbeat take on Gucci Mane and Marilyn Manson’s destructive ‘Pussy Wet’ to a timely drop of Rome Fortune’s outstanding ‘4 Flats’.

It’s all good stuff here, but it’s Friedman’s own set of remixes that sets this tape apart from the competition. Who else would fiddle with TNGHT’s world beating ‘Higher Ground’? You’d assume it doesn’t need a damn thing, but Friedman’s edit just pushes it over the edge, almost nudging the track into house territory but wisely holding back at the last moment. 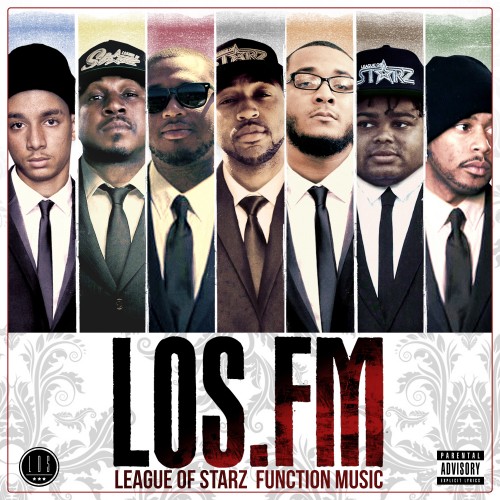 LA’s answer to Atlanta’s 808 Mafia, the seven-strong League of Starz crank out ratchet beats faster than you can say “Mustard on the beat.” The 18-track mixtape is faithful to the West Coast party rap formula, and it shouldn’t be seen as a long player as much as a tool for DJs who need more tracks in the style of Tyga’s ‘Rack City’, Dorrough’s ‘After Party’ and Jeezy’s ‘RIP’. The guest list is predictable but well-suited to this type of tape: Tyga, Dorrough, Problem, and Iamsu! are featured, along with West Coast vets Too Short and E-40 and the ubiquitous 2 Chainz.

A few tracks separate themselves from the pack: the crew crafts one of the best basslines in recent memory on Problem’s ‘Who Got It’, Lewi V’s upbeat and brittle ‘Beast’ will push your tweeters to the limit, and the Ohio Players riff on Eric Bellinger’s ‘I Don’t Want Her’ will have you reminiscing about Kriss Kross’ ‘Jump’. Plus, the League takes ratchet in a menacing direction on Tyga and 2 Chainz’s ‘Hijack’, Trae The Truth’s ‘1 Up’ and Sleepy D’s appropriately-titled ‘Monster’.

As you can imagine, DJ Mustard looms large over LOS.FM, as the crew’s snap-and-bass beats will ring familiar to anyone who’s heard the producer’s work (i.e. everyone); when Problem raps “n***a, you a clone / you so wanna be me” on ‘Who Got It’, he might as well be giving voice to the ‘Rack City’ producer. No matter. LOS.FM lives up to it’s elongated titled: League of Starz: Function Music.

BEEN TRILL
IN THE FIELD

It’s a crowd-pleaser of a set, and for every obvious pick (plenty of Kanye and Future), there’s a genuine, previously-unreleased surprise (Chief Keef’s Wiz-featuring ‘Rider’, a too-short clip of Massacooramaan’s ‘Maunsambi’). However, the mixing leaves much to be desired, so this shouldn’t be considered a proper DJ mix as much as, say, your Coolest Friend iPod DJing a house party. 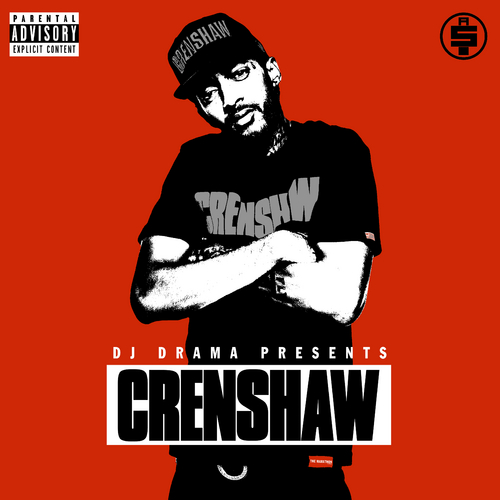 Crenshaw might be most notable for being the “world’s first $100 album” (it’s not, but it certainly is expensive), but being as he’s now sold all of the 1000 copies he made (in less than 24 hours, apparently), maybe it was a smart move after all? Free publicity and $10,000 in the bank is hardly anything to sniff at, and the fact that Crenshaw’s actually a pretty damn good tape is just the icing on top.

Hussle’s still wisely free of label affiliation and it’s a good look for him, it allows a rare independent streak to weave its way through the tape, giving it a distinct and oddly varied sound that likely would have been tempered with a more industry-focused team behind it. Instead of a collection of radio bangers we’ve got unusual, melancholy ambient numbers like the Ralo-produced ‘Go Long’, smart DJ Mustard-influenced ratchet love songs (‘Hate it or Love it’), slippery West Coast smokers’ anthems (‘Checc Me Out’) and jazzy throwback cuts (‘Face the World’) and it’s all held together with Hussle’s assured, larger-than-life flow. You can almost tell why Jay-Z would want to buy a hundred copies – Crenshaw’s a damn sight more interesting than Magna Carta… Holy Grail. 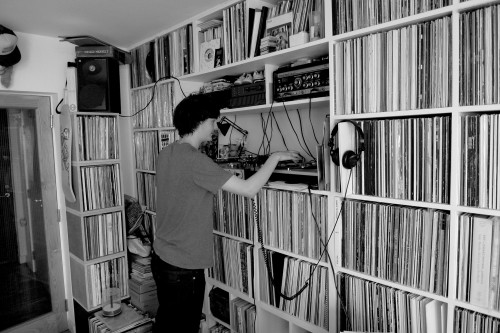 Ben UFO hardly needs any introduction on these pages, and the very thought of him providing a BBC Radio 1 Essential Mix is enough for us to start getting twitchy. Thankfully (and may we say, predictably) Ben’s selection is even deeper than we could have hoped for, and over the course of two hours he manages to touch on more genres than most DJs experiment with over their whole career. Where else are you going to find Drexciya, Randomer, Laurie Spiegel, Coil, Frak, Basic House, Untold and Depeche Mode all in the same place? Exactly, and this is why Ben UFO is indisputably one of the finest DJs operating today. Just listen and educate yerself.