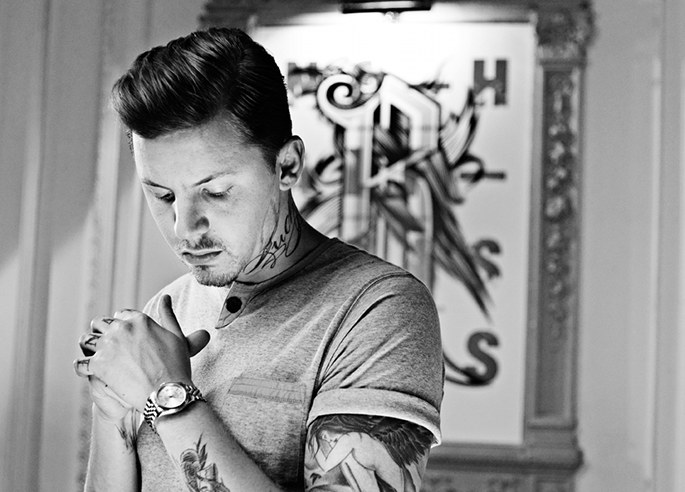 This Summer, Relentless’ Here To Be Heard competition offered one aspiring DJ and one unsigned band the chance to perform at a Relentless event later in the year.

We’ve already seen the winning DJ, Killer Tom, perform at the Relentless Stage at Leeds Festival, and now the chosen band – picked from a slew of submissions by a panel that includes Professor Green [above] and Pure Love – will perform at Relentless LIVE in London this October. And that band? Liverpool garage rock four-piece Broken Men. Speaking to Relentless, Broken Men had the following to say:

“It is always amazing to get recognition for your art, in whatever form it may come but to be picked out from a long list of British talent to play such an amazing venue with such a serious line up and potential exposure is real a confidence boost and a sign that you’re doing something right! We do work hard and it’s cool to see it paying off.”

You can catch Broken Men at Relentless LIVE at London’s Old Billingsgate on October 19. The judging panel were also impressed by Manumit, who topped the Here To Be Heard Facebook poll – they’ll get a chance to play at Relentless-affiliated winter festival, Freeze, this November.

For more on Relentless Here To Be Heard, head here.

Tags: Relentless Here to Be Heard