Swans release new live album Not Here / Not Now, profits will fund follow-up to The Seer 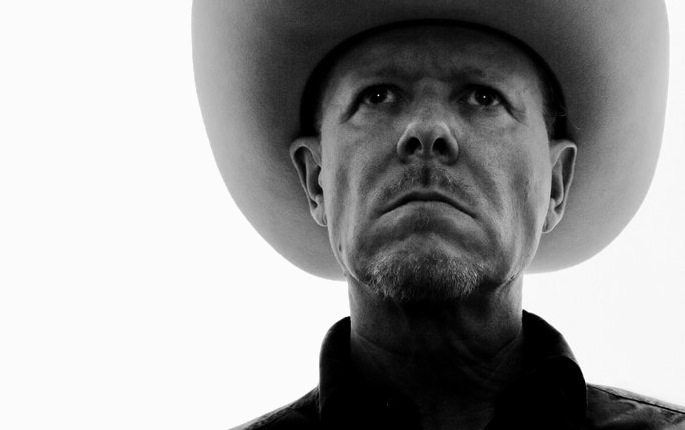 Rock titans Swans have released a new live double-album, Not Here / Not Now.

Formed by Michael Gira in 1980s New York, Swans were active until 1997 when Gira called time on the project. In 2010, Gira revived the project, resulting in two of its most celebrated albums to date, My Father Will Guide Me Up A Rope To The Sky and The Seer. In between those albums, Swans released a limited live double-album titled We Rose from your Bed with the Sun in our Head, profits from which were used to fund The Seer.

Not Here / Not Now is effectively a repeat of this process, with several different options available (at different prices) to support the group in recording the follow-up to The Seer. The most expensive of these costs $500, and will result in the donator receiving a personalised song by Gira.

“The songs on the CDs are live Swans recordings culled from the recent 2012/2013 tours”, reads Young God’s description of the album. “Most of the songs have not yet been recorded as studio versions – this is new material, in progress. The collection also includes two crude demo recordings by M. Gira, of additional new material to be recorded for the upcoming new Swans studio album.”

Speaking to FACT last year, Gira opened up about relying on fans for funding, explaining that “It’s all difficult these days, and you have to do whatever you can to survive. We’re lucky enough to have a fair sized fan base that wants to support us and wants to see us continue, so they actually buy things. You do whatever you can, as a musician, to survive. I have no other skills or prospects. It’s a lot of work doing the hand-made things, but I have no other skills. I don’t know what I’d do otherwise.”

You can order Not Here / Not Now here [via The Wire]