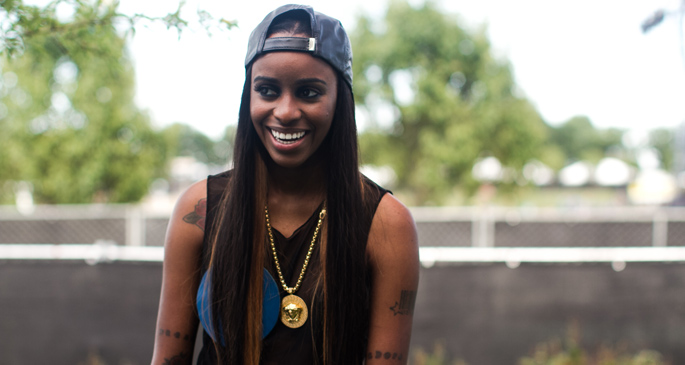 The rap upstart delivers the first of 30 freestyles.

Angel Haze has kicked off her ’30 Gold Series’, which will see her throwing out a new freestyle every day for the next 30 days, with her spittle-flecked version of Kanye West’s ‘Black Skinhead’.

The gothic atmosphere is a good match for the 22-year-old’s venomous flow, and chimes with her previous freestyle over another Yeezus cut, ‘New Slaves’. Tomorrow she’ll be taking on Jay Z’s ‘Tom Ford’.

FACT met the young rapper last month to find out about her forthcoming debut album Dirty Gold and how Sylvia Plath and Chuck Palahniuk have influenced her writing. The first single from the album, ‘Echelon’, appeared at the end of August. [via CoS]