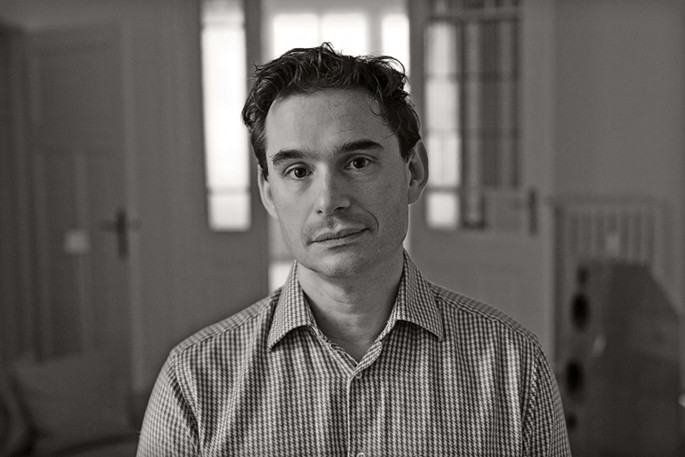 Although Oval, a.k.a. Markus Popp, is best known for his ground-breaking glitch approach to music, damaging CDs until they sounded fragmented to the point of breaking and then making new music from the sounds, Popp’s recent ventures have seen him interact with traditional South American music. On Calidostópia, Popp’s last album, released for free earlier this year, he documented a series of sessions in Brazil’s Salvador da Bahia, and it’s a theme that he continues on VOA.

VOA is available now on digital (the usual outlets) and limited vinyl (through Oval’s Bandcamp) formats. You can watch the first video from the album, ‘Voa’, and read Popp explain more about the record below. Earlier this year, Oval revisited his classic 94Diskont album in FACT – you can read that piece here.

Tell us a bit more about the video.

I was always curious to see my music “interpreted” by acting as opposed to, say, contemporary dance. In order to encourage an intense delivery by the actors, I was planning to present them with a selection of short, highly emotional Oval themes and have those “acted out” as short vignettes. However, the tracks to which the resulting, finished clip would ultimately be paired with were not part of that playlist – to avoid typical “music video”-esque results. And I am very happy that the video features the amazing performances of actresses Ursula Doll and Daniela Lucato, who took on that challenge. And together with the tireless, sensitive guidance of director Darko Dragičević and a fantastic performance of the entire team, I think we have created a visual piece that has the power to poke your soul.

Your last album, Calidostópia, was released for free, did you consider doing the same with this record?

I am selling VOA because a “proper record”, happening in a real-world economy, will acknowledge and encourage the fantastic work of these young musicians just a little more effectively. Plus, you are getting 18 wonderful, outstanding songs here. You see, “working with South American musicians” is not just a lazy bullet point, it can be a huge canvas for genuinely new music, and also for risk-taking. And I think some of the risks we took here in this micro culture clash were rewarded by some pretty unique, emotionally intense results. 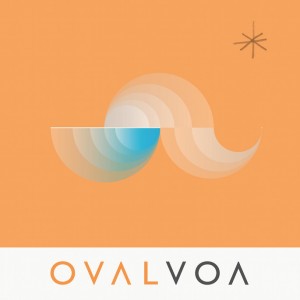 As with Calidostópia, you’re collaborating with South American singers and musicians. Why has this become a focus of your work lately, and when did you first get into South American music?

Full disclosure: I was never particularly into South American music and I probably never will be – but this was one of my greatest assets going into this project. What really interests me is an open-ended, productive dialogue with content creators who might not see the connection between them and my music at first – that’s the best motivation for me to convince them to give it a try.

Did you record all of their parts while in Salvador da Bahia, and was it all in one trip? How often do you get to go out to South America, and would you consider moving there? Or is Berlin too much of a home for you?

First of all, this record was more than a year in the making. Yes, VOA features the “A” selection of tracks from those 2012 Salvador da Bahia sessions. But before people quickly resort to “hasty postcard”-metaphors, I would like to give mention to the fact that this record sums up no less than everything I have learned about music (not just Laptop music) up until this point. Plus, those six additional Oval solo tracks were incorporating new musical tricks using the latest tech until a mere day before I had to upload the master, like, two weeks ago.

Oh, and I will stay in Berlin for the foreseeable future.

What does the title, VOA, represent?

It’s typography and layout-friendly, sounds just nice and means “I fly” in Portuguese.

What else have you been up to recently?

A full-length radio play for German NPR that will have me collaborate with a wide range of “voices” from many different countries. 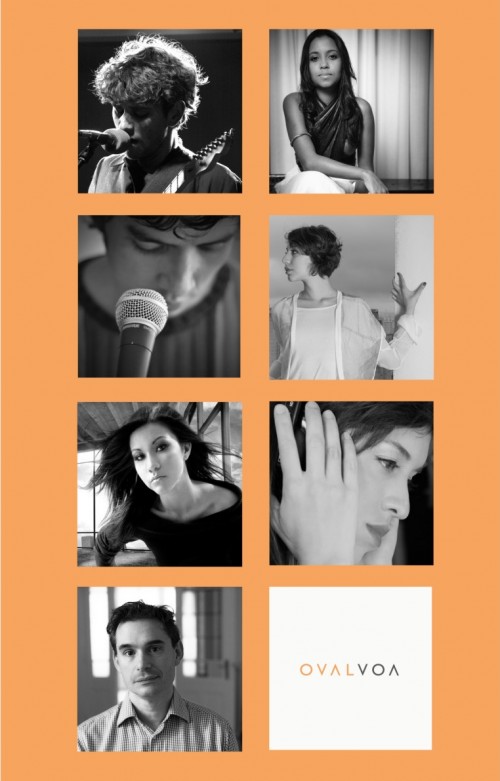