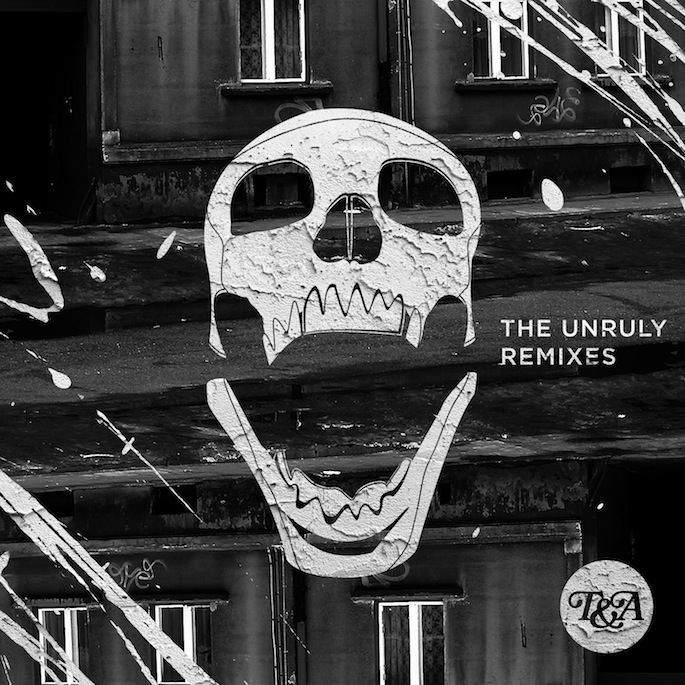 The breakbeat-heavy, adrenaline-pumping style of booty bass known as Baltimore club has seen its ups and downs since Blunted Dummies released the influential ‘House For All’ in 1993. It’s a familiar tale: the scene flourished for more than a decade under elder statesmen like Scottie B, Shawn Caesar, DJ Class and Rod Lee before the music press started to notice, but after a few years with Next Big Thing status, Baltimore club (and the related scenes in Philadelphia and New Jersey) retreated back underground, evolving outside of the blog-spotlight.

Now, in an era where Night Slugs reissues classic Baltimore club tracks and you can’t scroll through Soundcloud without hitting a producer who messes with Jersey club in their spare time, T&A Records will release a massive tribute/remix compilation called Unruly Remixes (due out October 22). The twenty-track set mines Unruly Records’ catalog for three seminal tracks (plus the aforementioned ‘House For All’) and pairs them with remixes by artists inspired by Baltimore club, including Club Cheval’s Sam Tiba & Myd, Jersey don DJ Sliink, moombahton progenitors Nadastrom, T&A bosses Tittsworth and DJ Ayres, and many more.

Along with offering KW Griff’s remix of ‘House For All’ — a firestarter reminiscent of his essential ‘Bring In The Katz’ — as a free download (below), T&A’s DJ Ayres answered a few questions about the state of Baltimore club in 2013.

After about two decades of Baltimore club music, how would you describe the state of the genre?

Baltimore Club in its original form, the way it sounded 10 or 15 years ago with the dick beat and looped breakbeats and samples, has really atrophied. There aren’t many producers who are doing it the way it was done when it was at the height of its popularity. Especially in Baltimore, where rap music is the most popular thing and has been for a long time.

But Baltimore Club has been assimilated into all these other genres, so you hear it in a song like DJ SpinKing’s ‘Body Operator’ on Hot 97 every day, or Destiny’s Child’s ‘Nuclear,’ or Crookers’ ‘Ghetto Guetta,’ so in a way it’s bigger than it was when it was big. Guys like Blaqstarr and Nadastrom and King Tutt have kept it alive and pushed the sound a lot further, so you hear club elements in lots of their songs, but it has evolved. And that had to happen. If you play DJ Class’s ‘Tear Da Club Up’ next to, let’s say, Munchi’s ‘Murder Sound VIP’, the latter sounds way crazier with the car alarm synths and vocal layers and shit, just like if you play Ruff Ryders ‘Down Bottom’ next to some crazy sounding newer rap like A$AP Rocky & Skrillex ‘Wild For The Night.’

“It had become really cheap and easy to make music on a laptop and upload it to MySpace, and there were a million shitty fake Baltimore remixes of everything.”

After getting some mainstream attention a few years ago, club music seemed to go back underground. Why do you think there’s been renewed interest as of late?

I think it’s just one of those things that goes in cycles. How’s that for a lame cliche answer? Please keep in mind that I’m not from Baltimore so I’m an outsider, and if you were to ask Scottie and Shawn from Unruly, their perspective on it might be different. I think when Spank Rock’s ‘Put That Pussy On Me’, Diplo’s ‘Shhhake’, and actual Baltimore examples like ‘Samir’s Theme’, KW Griff’s ‘Respect’ and Technics ‘Postman’ were big, the sound was already getting old in Baltimore and Philly but super new everywhere else.

You would hear DJs playing Baltimore club in every city. It was a gateway drug for lots of guys who used to only play hip-hop and classics to start playing club and then house. Then there was another wave out of Jersey with Tameil and Tim Dolla spinning at the Mad Decent Block Parties with Diplo and Dirty South Joe, and obviously DJ Sega had his dances in Philly, and so forth. The biggest potential crossover moment was DJ Class’ ‘I’m the Shit’, with Lil Jon and Kanye and Pitbull jumping on remixes. Shit, Tittsworth had Pitbull and Nina Sky on a song on his album just a couple years after he got in the game making bootlegs!

But guys like LMFAO and Afrojack co-opted the club sound and took it somewhere else. Casual listeners would be hard pressed to identify ‘Shots’ as a Baltimore Club record, and I feel like very few guys from Baltimore had the connections or tools to step up and claim it, with their own hits, aside from the one DJ Class record. Plus, the DJs in Baltimore were way more into hip-hop, at least from an outsider’s perspective.

At the same time, it had become really cheap and easy to make music on a laptop and upload it to MySpace, and there were a million shitty fake Baltimore remixes of everything. Part of it was probably [T&A’s] fault for putting out T&A Breaks and making those beats so accessible. For the tastemaker-type DJs, it got played out: Diplo was getting into baile funk and fidget house, DJ AM was playing Ed Banger electro records, Drop The Lime was doing crazy bass stuff, and the trendiness of club music took a break for a few years.

“With EDM and top 40 stuff being so slick and structured, the more simple, raw, DJ tool type club records are refreshing again.”

But you had guys like Nadus and Sliink and Mike Q coming along in Jersey and lighting a fire again, and Night Slugs and Numbers in the UK, Club Cheval in France, and Body High in LA helping to bring the sound to new audiences. By the way, shout out to Dirty South Joe for connecting a lot these guys. Anyway, I think with EDM and mainstream top 40 stuff being so slick and structured, the more simple, raw DJ tool type club records are refreshing again.

What was your approach for selecting remixers for the compilation?

[Unruly co-founders] Scottie B and Shawn Caesar had already been working on the compilation for a few years when they brought it to Tittsworth as a possible collaboration thing on T&A. We jumped at the opportunity to put the compilation out, because the OG records were so big for us: they’re classic and we wanted to do them justice. We were also excited to do our own remixes. We made a wish list of all the guys who are making bugged-out music with Baltimore influences, and we reached out and — even with a super limited budget and limited licensing opportunities because of all the samples — a bunch of guys said yes.

We ended up with mostly guys we know from the East Coast, friends we have been working with for years and years, like Nadastrom. The only sound we felt we had to have was a Jersey Club remix, which Sliink was the obvious candidate for. Otherwise, we let everyone do whatever they wanted, and picked the best ones. The hardest part wasn’t finding remixers, it was having to get it down to 16 guys, because there were at least 10 more which we had to cut.

What are some of your go-to Baltimore tracks when DJing?