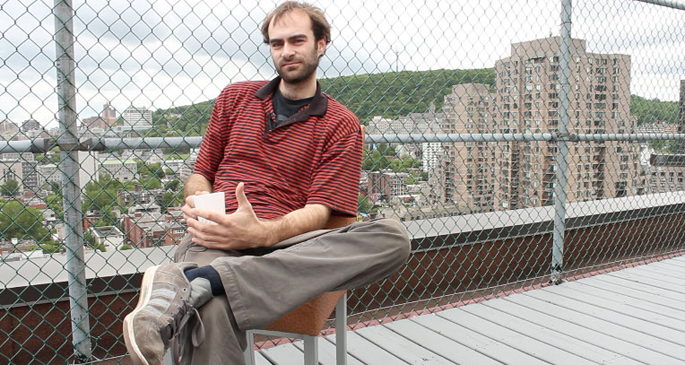 Inveterate racket-maker Container will return with a new EP of gimcrack techno later in the year.

Having come up with noise projects like Japanese Karaoke Afterlife Experiment, Ren Schofield has spent the last few years trading in through-a-hedge-backwards techno: 2011’s LP was a strident set of lo-fi 4/4, and its 2012 follow-up was an even more accomplished exercise of limber, oddly funky noise-techno. Most recently, we’ve had the four-track Treatment EP for Morphine, arguably his snottiest release as Container to date, and he’s also toured with fellow noise-via-dance practitioner Ital.

As Self-Titled report, Schofield has a second EP on the way, this time through Mute offshoot Liberation Technologies. Details about the Adhesive EP are currently scant, but we do know it will arrive later this year. We also know it will feature the surprisingly perky ‘Glaze’, available to bump below.