Drake’s setlist for Would you like a tour? unveiled; watch him perform with Future at Pittsburgh opener 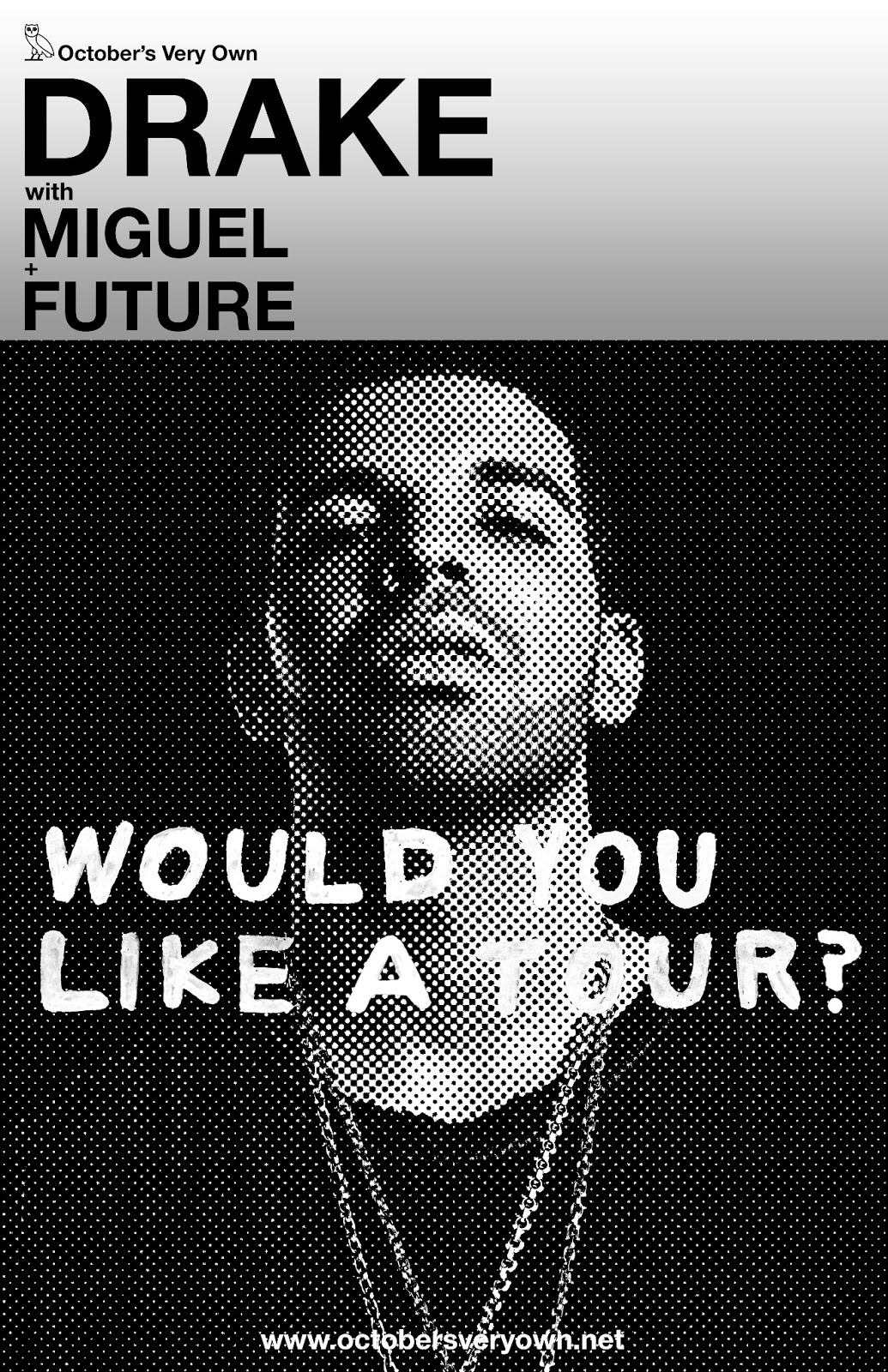 Would you like to know what Drake will play?

With the pre-tour drama between Drake and Future now squashed, Would You Like a Tour? kicked off last night in Pittsburgh and true to form the internet [via Consequence of Sound] already has a set list for everyone to look over – see below.

With 27 tracks, the set list features a heavy amount of cuts from Drake‘s last two albums, Nothing Was The Same and 2011’s Take Care. Featuring wise Wiz Khalifa, Jhene Aikok and of course Future all took to the stage for guest verses.

Meanwhile Stereogum also has fan footage of Future and Drake performing ‘Honest’ together, with Drake casually sitting to the side while Future paces the stage.

The tour continues tonight in Philadelphia and runs until mid December.

Update: See below for a couple of additional videos via Missinfo.tv where you’ll find more footage from the night.

With Jhene Aiko
From Time
Come Thru

I’m on One
Going In

Hold On, We’re Going Home
Connect
Too Much

With Wiz Khalifa
Worst Behaviour
The Language
305 To My City

All Me
Started From The Bottom