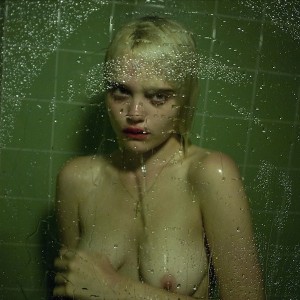 In an interview with Stereogum this month, Sky Ferreira was candid about her long-awaited debut LP, Night Time, My Time: “I literally wrote this album once everyone left me the fuck alone and stopped trying to to tell me what to do. I went in the studio, wrote and recorded all of the songs with Justin [Raisen] and Ariel [Rechtshaid], and literally cut like seven or eight songs in two weeks. We mixed it and mastered it and never looked back.”  For Sky stans, the fact that the final version of Night Time, My Time was born of such a short burst of creative energy will likely feel bittersweet. Heavy must be the head that carries the recent New York Post-anointed crown of “The Most Wicked Woman In Pop”, because ever since a 16-year-old year Sky stared us down in Uffie’s ‘Pop The Glock’ video, we’ve been confronted with an array of styles and label woes from her.

There was her short-lived electro-pop stint at Parlophone, the tongue-in-cheek brashness of the As If! EP in the Capitol early days, and then a more relaxed and developed sound with the triple threat of Dev Hynes, Jon Brion and Ariel Rechtshaid on 2012’s Ghost EP. The sublime ‘Everything is Embarrassing’ and ‘Sad Dream’ figured her as a genuinely intriguing pop artist in her cagey demeanour and indie sensibilities, but for their flashes of brilliance both EPs were the result of shelved albums: a career defined by compromise. Considering Ferreira’s creative genesis from doe-eyed teen to Hedi Slimane muse, it’s been difficult to predict what a Sky Ferreira album would sound like on the strength of either.

Mercifully though, Night Time, My Time sounds like nothing she’s released before. Those who came to know her through the Ghost EP will be disappointed if they expect re-hashes of ‘Everything’s Embarrassing’: gone are Dev Hynes’ tinkering signatures, in their place a grunge-worship pop that pushes her soft and raspy vocals towards a more powerful live experience, which the album was patently written in mind for. Considering that Ferreira is a twenty-one-year-old major label pop artist exploring indie rock on a highly-anticipated debut, songs born of manifold frustration and uncertainty, Night Time, My Time is a defiant and assured listen. Its attitude draws from the aesthetic cornerstones of prized female pop culture avants – the glacial edge of Debbie Harry, the monolithic influence of glory-era Madonna and the bubblegum-and-kohl of The Runaways –  and then pulls them through the pained, modern experience of a woman whose teenage life has been meticulously documented for all to gawk at.

Sonically, Night Time, My Time effortlessly blends 80s motifs of tenderised vocal hooks, coin-slot video game samples and chiming synth melodies (‘I Blame Myself’, ’24 Hours’ and ‘Love In Stereo’) into hazy renditions of indie rock (‘Omanko’, ‘Kristine’ and ‘Night Time, My Time’) that see Sky’s litheness put across in a more natural and confident stance, teetering somewhere between Cyndi Lauper’s ‘I Drove All Night’ and Dum Dum Girls’ ‘I Will Be’. Although there’s admittedly not a great deal about either sound that can now be considered boundary-pushing, having been routinely re-visited by many before her, Sky has got serious heart and teeth, and vocally this new sound of hers portrays her voice at its most endearing.  That low timbre on ‘Ain’t Your Right’ is fragile but pushes on, and the sly Cat Power-referencing ‘Heavy Metal Heart’ stretch it almost to breaking point, yet maintaining real passion through filtered layers of feedback and echo. When she does strike gold with this more driving sound, it’s really lush: ‘I Will’ is a wry homage to Debbie Harry that still feels entirely her own in all its languid sensuality, with a compressed synth melody keeping the fuzziness of the guitars from becoming stagnant.

The real highlight however is how Sky works through the aeons-old dilemma of writing great pop music: telling personal tales of familiar issues of love, heartbreak and identity in refreshed and engaging ways. This comes across best in the lyrics of ‘I Blame Myself’, where Sky sucks it up and admits that all the press fascination over the past five years hasn’t exactly been unwarranted: “Is it because you know my name?, Or is it because you saw my face on the cover?/Either way it’s all the same, It’s like talking to a friend who’s trying to be your lover/I just want you to realise I blame myself, for my reputation.” Such is the public criticism of Sky’s lifestyle that she probably can’t help but reflect on the immediate past with pained self-scrutiny, but it’s a testament to the maturity of her new material that she recognises that although nearly everyone lives a dozen lives before their 21st birthday, hers have perhaps been more dramatic than most. With Night Time, My Time, Ferreira shows that when the pressure gets to boiling point, finally letting off steam can feel damn good.