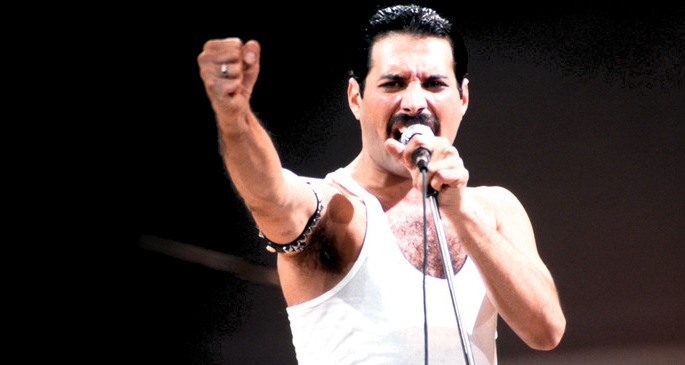 Update: In a new interview with Classic Rock, Queen’s Roger Taylor reveals that the Freddie Mercury and Michael Jackson duets are almost finished, with the group’s Brian May “active” working on them. The tracks have “been hanging around for years and years”, explains Taylor, “and Michael’s estate haven’t really been able to make their mind up about what to do with them. So we suggested we finish them and see. They’re pretty good – one of them is great.”

Three songs recorded by The King and Queen of Pop to see an official release.

The fruits of Freddie Mercury and Michael Jackson’s 1983 recording session are to be released in two months’ time, according to Queen guitarist Brian May.

The Queen frontman worked with Jackson worked together 30 years ago in California but only completed three tracks together. Queen’s former manager Jim ‘Miami’ Beach recently said that the pair fell out after Jackson brought a llama into the studio.

“Mercury rang me and said: ‘Miami, dear, can you get over here? You’ve got to get me out of here, I’m recording with a llama’,” explained Beach. [via NME]