“It took us back to the first tracks we ever made”: Teengirl Fantasy introduce their new EP, Nun 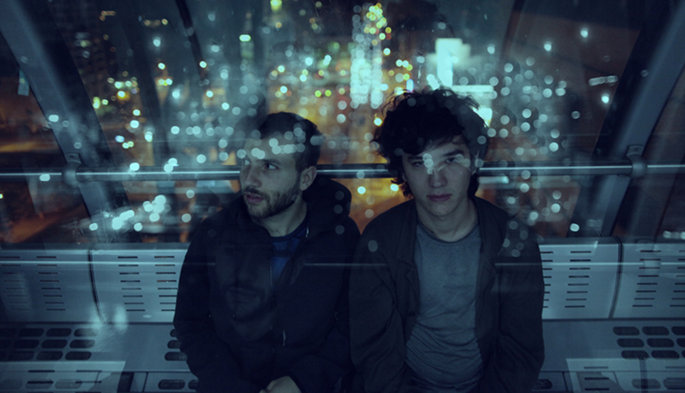 Teengirl Fantasy, dab hands at sugar-rush house music, have a new four-tracker on the books.

The Ohio pair, whose 2010 jam ‘Cheaters’ proved our favourite track of 2009, have two albums to their name: 2010’s rich, colourful 7AM and last year’s comparatively demure Tracer. Last we heard from them, they were marking the passing of former collaborator Romanthony with a new remix of Tracer track ‘Do It’.

New EP Nun marks something of a volte face, jettisoning guest vocals entirely. The EP, due November 25 on This Is Music (formerly home to Charli XCX and DJ Mujava), will feature four new tracks, and will serve as an aperitif to the pair’s work-in-progress third album. We spoke to the group’s Nick Weiss and Logan Takahashi to find out more.

Nun sounds heavier and bolder than the music on 7AM & Tracer – bigger drums, quicker tempos. Is that fair?

Nick: Definitely. I think these tracks come from a more extreme place so the strokes are stronger and brighter. The environments of the tracks are meant to be hectic. We used digital synths like the Orbit Dance Planet and Wavestation but tried pushing these older models to create more current sounding, overloaded builds and breaks.

Logan: Yeah that’s pretty fair, ‘Eric’ is around 175bpm which makes it the fastest track we’ve done so far.

Has much changed for the group since those albums?

Nick: Our approach is still similar, but this was our first time doing an EP – not having to think in terms of a full length was really freeing and allowed us to go down several different rabbit holes rather than trying to fit things into one narrative…Which in some way took us back to the place of some of our first tracks we ever made which were kind of all over the place, strung together just by our collaboration.

Logan: In a way the approach to making these tracks is more in line with some of our earlier work than it is with our most recent stuff – all of these are instrumentals without any outside vocal collaborators and one of the tracks is built around a sample, which is how we wrote some of our earliest stuff. I think rather than this being any kind of retreat we were just more into the idea of working outside the context of an LP to focus in on individual ideas unto themselves.

You’ve got a third album due next year, what can people expect?

Nick: It could really sound like anything at this point. Definitely have ideas and demos but couldn’t say for sure. When we set out making something it pretty much always veers into an unexpected direction so there’s really no way to set people’s expectations.

Logan: We are planning on doing another EP similar to this one early next year and then an LP after that, and are still in the process of writing new material. I think we are both a bit weary of trying to overanalyse our work as it’s still being created and would rather be in a place of thinking about a full length with the perspective of seeing all the pieces there rather than trying to write to an overarching idea.

Any other stuff you’ve been up to? And what music has been doing it for you this year?

Nick: Watching the rise of Kelela has definitely been the most exciting thing for me in music this year – and this is just the tip of the iceberg of her talent.