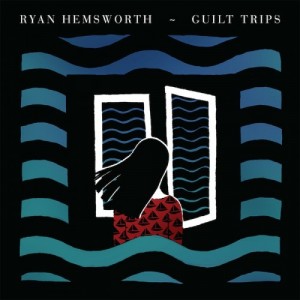 On his way to becoming the Internet’s favorite DJ and remixer, self-described One Man Boy Band Ryan Hemsworth steadily shared a string of beat-based releases. His early work bounded between left-field hip-hop, technicolor dance music, and sullen downtempo and was equally likely to find him sampling Motown, Max B, or Mitsuda. Although he’s toned down the hyperactive tonal shift on recent EPs, his stylistic agnosticism is still apparent, as is the current of nostalgia that runs through his work; he named one Kitsch Genius, after all.

Hemsworth’s last two efforts, 2012’s Last Words and this year’s Still Awake, served as distillations of his style: rap-dance hybrids with twinkling music box melodies that alternate between jumpy club tracks and hypnagogic ambience, all aimed straight for the heartstrings. Still, the question remained: could the producer recreate the emotional payoffs of his stellar, remix-loaded DJ mixes across a full length LP?

On Guilt Trips, Hemsworth leans on swirling synth pads, surging, stuttering rap rhythms, and a handful of pitch-perfect guest vocalists to convey loneliness and love, desperation and desolation — which isn’t to say that it’s a depressing album. Rather, the journey bounds from emotional high to low and back again: ecstasy and agony can both cause tearful eyes and heart palpitations.

As on his world-beating remixes, vocalists provide a counterpoint to his swooning compositions. At some times, the singers feel more like well-placed samples than featured performers: wisps of Sinead Harnett’s vocals mingle with anonymous clips on opener ‘Small + Lost’; Lofty 305 provides bits of “I’m your man” crooning on ‘Against A Wall’. Other songs see the production and the vocals on more even footing. ‘Still Cold’ pairs Hemsworth with contemporary Will “Baths” Wiesenfeld, updating the indietronica of forebearers The Postal Service with emo declarations like “if you’re pretty much like this all the time / then I’m giving up” and the tongue-in-cheek “it’s almost funny that you’re still so cold / what are you, Taylor Swift?”

The featureless offerings hold their own, as well. ‘Weird Life’ begins as an 80s pop ballad, with an orchestra of water drops and synth strings, and turns into a maximalist clap-along a la Rustie’s Glass Swords; the same can be said about the scintillating ‘Ryan Must Be Destroyed’. ‘Happiness and Dreams Forever’ juxtaposes its rose-colored title with a polyrhythmic frenzy and breathless whispers of “please don’t trust me” (the song wouldn’t be out of place on Baths’ Obsidian, coincidentally). Elsewhere, it’s east-meets-west on the manga-inspired ‘Yaeko Mitamura Is Lonely’ as a Japanophile melody battles with club breaks before giving way to mock-koto pitch-bending.

Standout ‘One For Me’, which features R&B singer Tinashe, checks all of Hemsworth’s boxes. He scratches his nostalgia itch by sampling Frou Frou’s ‘Let Go’ (best known for soundtracking millennial coming-of-age flick Garden State), then turns around and lays down one of his most pop-ready beats, underscoring Tinashe’s gently lilting vocals as he did on his remix of her ‘Boss’. For her part, Tinashe gives voice to the album’s lovelorn themes: “typical me / deceptively dreaming of / a real kind of love / not just somebody to talk to… don’t want to end up alone.”

Not everything on Guilt Trips works: ‘Day / Night / Sleep System’ enlists both the downcast Haleek Maul and the divisive Kitty (née Pryde), and the song is saddled with divergent styles that don’t quite mesh. Still, Hemsworth has either crafted a gorgeous soundtrack for an imaginary #sadboy video game or a headphone symphony written during a non-stop touring schedule — two gigs for which he’s uniquely suited.