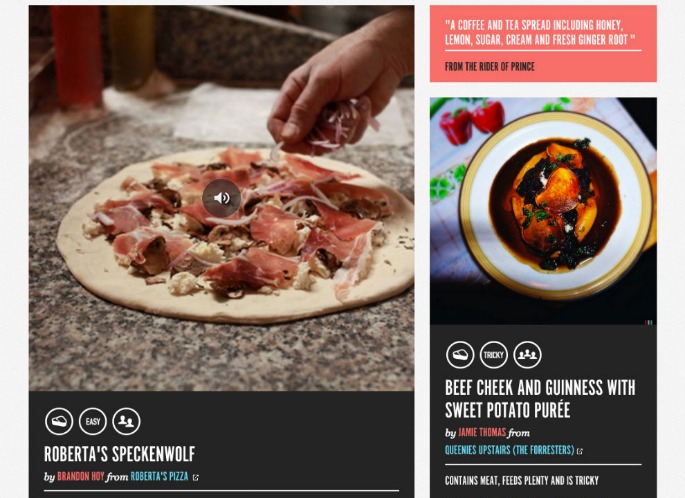 Spotify have decided to start catering for their foodie listeners with the launch of a new cooking app that matches recipes with custom-made playlists.

It’s a pretty simple idea – the Supper app offers step-by-step instructions for a selection of dishes from around the world, and pairs each one with two playlists – one to listen to while cooking, and one to hear at the dinner table. The first batch of playlists have been curated by Australian record label Future Classic.

To install the app, open Spotify and search for Supper in the program’s app finder, or click here.

Very nice. Will it be enough to convince Spotify’s multiplying army of haters, though? In recent months the streaming service has been on the block, branded the “last desperate fart of a dying corpse” by Atoms For Peace lad Thom Yorke, while clubbing institution Ministry of Sound is suing the Swedish company for allowing users to mimic its dance music compilations with Spotify playlists. [via Hypetrak]