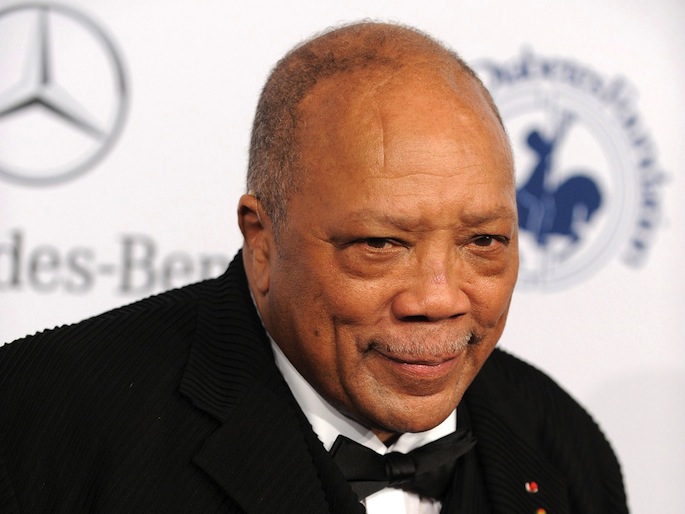 The legendary producer of Off the Wall, Thriller and Bad alleges that “clandestine agreements” robbed him of royalties.

Jones has filed suit in Los Angeles Superior Court that master recordings he worked on were edited and remixed to deprive him of backend profit participation. In question are Jackson’s posthumously released This Is It film and soundtrack, Cirque du Soleil’s Michael Jackson show, and the 25th anniversary edition of Bad.

“Quincy has been frustrated with these matters for a number of years, felt he was not making any progress and needed to take more formal action,” says Henry Gradstein, Jones’ attorney. The complaint has been made available by The Hollywood Reporter.

Jones had contracts with Jackson that allegedly gave Jones rights over the master recordings, including credit, the first opportunity to re-edit or remix any master recordings, and additional compensation in the event of authorized remixes. He says the contracts were breached when MJJ Productions, the company that manages Jackson’s music, allowed third parties to rework his productions in the wake of Jackson’s 2009 death “without first providing a reasonable opportunity to Jones to perform such remixes and/or re-edits.” The suit also alleges that Sony and MJJ Productions made “clandestine agreements” to deprive Jones of royalties.

There’s a lot of money at stake: Jackson earned $160 million in the past year, placing him at the top of Forbes’ Top-Earning Dead Celebrities list, largely from the Cirque du Soleil shows as well as his music and his stake in the Sony/ATV catalogue. Additionally, his duets with Freddie Mercury are to be released this Autumn.