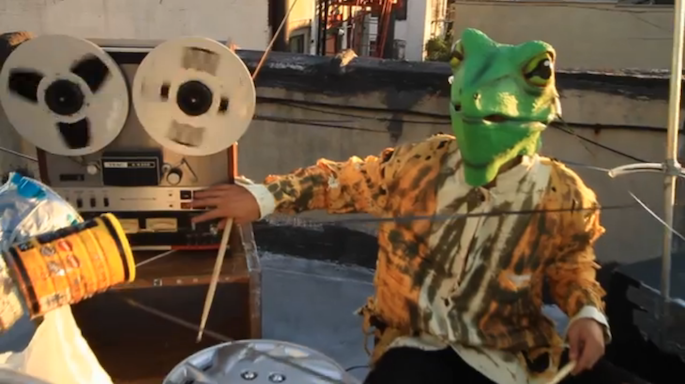 The director behind classic videos by Beck, Primal Scream, and the Stone Roses teams-up with the UNO NYC duo.

‘Fish Oil’ appears on the Chick On The Moon EP (out now via UNO NYC). The song’s video was helmed by veteran director Steve Hanft (Beck’s ‘What It’s Like’ and ‘Loser’, among others) and features a frog-headed drummer (probably Gobby, but who knows?) playing an odds-and-ends kit and James K as a twisted raver/biker chick, in both corporeal and astral forms. The collage of projector-lit images are as damaged as the song itself; watch it below.