On Record: Pole applauds the powerful economy of Lou Reed’s The Bells 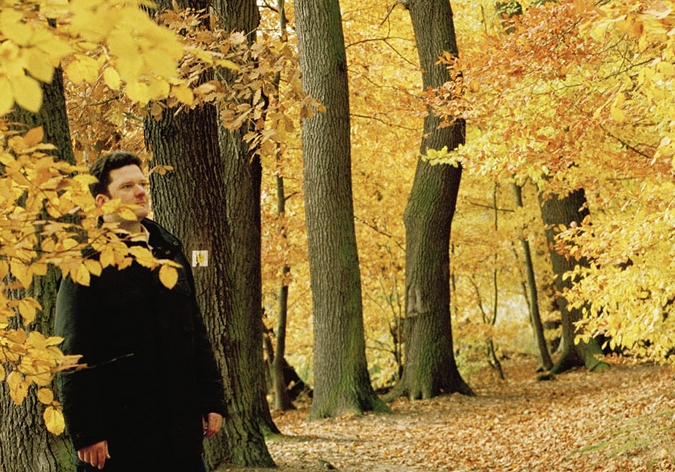 When Pole first told On Record that he wanted to talk about The Bells, we assumed, perhaps unimaginatively, that he meant Jeff Mills’ evergreen techno track. We certainly didn’t think that he was referring to the 1979 Lou Reed album of the same name.

The Bells is a strange LP, albeit far from Reed’s strangest. But yes, it’s full of kinks and quirks: for a start, it was recorded in binaural sound at Delster Studios in West Germany. It contains three songs co-written with former Crazy Horse member Nils Lofgren (‘Stupid Man’, ‘With You’ and ‘City Lights’) and another co-written with Don Cherry, ‘All Through The Night’, that features the jazz icon on “African hunting guitar” as well as trumpet. There are disco and doo wop flavours at work, and it’s undoubtedly one of Reed’s most synthesizer-heavy offerings to date, but to call it adventurous would be an overstatement – indeed, it represented something of a retreat into the familiar and even fluffy following the previous year’s jagged and jaded masterpiece, Street Hassle.

For Pole, real name Stefan Betke, its lasting appeal – and its influence on his own work – lies in the effective economy of its arrangements. “You have an idea, you focus on that, and you don’t overfill the songs,” is what the Berlin-based producer learned from Reed, and perhaps the logical extension, or even culmination, of this ethos is the pensive but always penetrating dub minimalism that Betke has been generating as Pole for nearly 15 years now.

“I’m not a typical fan, I guess. I always try to keep my mind as open as possible.” 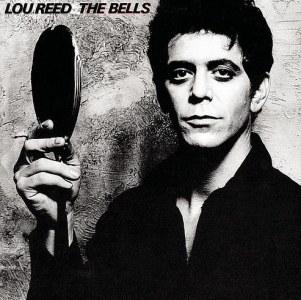 So, did you want to talk about The Bells the album, or just the song?

“Well, you asked for a very important record in my life, and that’s one of hundreds. It’s not the whole album, actually, it’s really just a couple of tracks that were particularly influential for me, but I think that’s the nature of an album – it’s rarely the whole thing that captures me.”

Are you a big Lou Reed fan in general?

“When I was a young kid I was a huge Lou Reed fan. He was very influential, with all his collaborations, and how he progressed music and what he did with it – the stuff with John Cale, and all that – but as I said, he’s only one of many that are important to me. I’m not a typical fan, I guess, I listened to so much different stuff. I always try to keep my mind as open as possible.”

I guess an open mind would be why Lou Reed appeals though – something like The Bells is a great example, there are long, droning tracks, it’s rock music distilled, in many ways.

“He’s walking through all these different rock elements, but there’s also really funky disco elements, then more fairytale, storyteller moments where the vocals are so dominant. For me it’s a fantastic example of how flexible and intelligent he is. I didn’t get it in ’79 [when it was released], I got it in ’81 or something. For me when I heard it, it was like ‘wow, I’d definitely like to work with synthesisers, I’d definitely like to work with these repetitive sounds’. When I heard ‘Disco Mystic’… it’s just the same thing, over and over, dum-dum-dum-dum-dum. It’s outstanding.”

“The Bells is a fantastic example of how flexible and intelligent Lou Reed is.”

Had you listened to much music before The Bells that was, for want of a more clichéd word, experimental in that way?

“Well I say, I was 13-and-a-half when I got it. I didn’t really listen to any interesting music in general before that, but The Bells opened the doors for me to get more into stuff like the New York scene. It was really important for me – it was the start.”

Have you ever seen him live?

“Unfortunately not. These days, I don’t want to.”

Yeah, you kind of missed your window there. Do you still listen to records like this now, or have they been compartmentalised as part of your youth?

“To be honest I haven’t listened to this record in 10 years or something. When you asked me about the feature I listened to quite a lot of records though, David Bowie’s Hunky Dory, [Frank Zappa and Captain Beefheart’s] Bongo Fury… but this was the one that was really influential to the way I work nowadays. You have an idea, you focus on that, and you don’t overfill the songs. You know, there’s an interlude, a break, an intro, an outro, all that, but overall it’s focused on that one idea – whether that’s a melody, or a vocal, or whatever. That’s why it’s important for me.”

Do you imply that principle as both as musician and an engineer?

“To be honest, the recording of the Lou Reed record wasn’t that good. It doesn’t have much volume to it, but the arrangement is pretty good. You listen to the song ‘Families’, with that choir in the background – they’re playing the same loop, for about nine minutes. And usually you’d say that’s really boring, but he manages to keep it interesting for the entire nine minutes.”

“You have an idea, you focus on that, and you don’t overfill the songs.”

To talk about your own work a little, are you enjoying having your own label to release music on now?

“[exhales, and laughs] Yeah. So much. You can concentrate on your own music, with no deadlines, and just naturally decide whether certain things will work better on a 12” single, or on the album for instance.”

So there’s a new album on the way?

“Yeah, there’s an album coming out early next year – I’m working on it already. The 12”s are more a means of entertainment while I write the album; there’s no pressure there. It’s a fast medium, make a track, put it out, play it live and see where it goes. It’s been necessary for me to get back to the musical language that I’d like to use again – this new material’s connected to my early work, the very first record and the trilogy, 1, 2, 3, but really, it’s more connected to Steingarten – all the questions and ideas that were never fulfilled.”

Is playing them out live a big part of that process? The new Pole material’s pretty bassy.

“Yeah, really bassy. It’s especially important improvising them live – I do a lot of overdubs, sometimes it’s more basic, sometimes it’s more droney, it opens up new ways of looking at the tracks, and that affects my approach in the studio the next day. It’s a back and forth dialogue, between live and studio.”