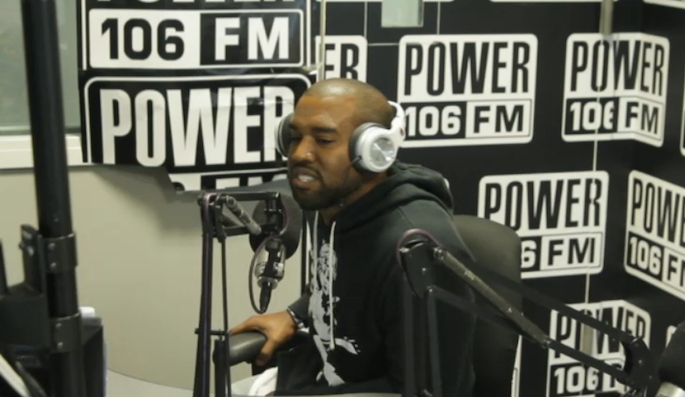 Yeezus stops by the Los Angeles radio station for another revealing interview.

In Los Angeles for the Yeezus tour, Kanye opened up about his complicated relationship with the paparazzi, what to expect from his wedding (“fighter jets”), who inspires him (“Jesus, my father, Steve Jobs”), and more. He also revealed that he may release more music soon: “There’s like five songs that didn’t make it on Yeezus that I might put out later this year.”

Watch the live-stream below, along with brief clips of his freestyling. Kanye recently revealed the religious message behind his Yeezus tour, which features a mountain and a Jesus impersonator.