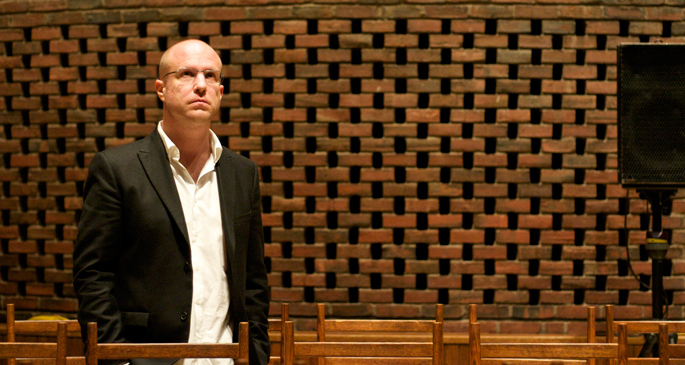 Florian Hecker‘s flirtations with the art world have been acclaimed and well documented, but it doesn’t get much more important than New York’s Guggenheim Museum.

Hecker is set to exhibit C.D. A Script For Synthesis three times over the weekend of November 9-10, and it should be an unmissable show. The piece is the third chapter of Hecker’s trilogy of text to sound pieces he created along with Iranian philosopher and poet Reza Negarestani (following Chimerization, dOCUMENTA (13)) and is a characteristically heady blend of ideas, sounds and visuals that should be familiar to anyone who managed to bag last year’s set of Editions Mego records.

The vocals will be handled by Charlotte Rampling, and interestingly according to the press release there will be an accompanying perfume created by Frédéric Malle, Editions de Parfums and Carlos Benaïm, and accompanying textiles from Kvadrat. We have absolutely no idea how these will go hand-in-hand with a Hecker show, but we’re dying to find out.