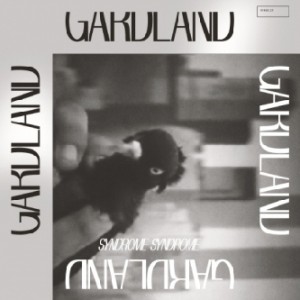 New York’s RVNG Intl label seems to have made leftfield house and techno long-players its specialty this year. Maxmillion Dunbar’s blissy House Of Woo and Stellar Om Source’s Joy One Mile were both highly singular love letters to these hardiest of dancefloor perennials. The label’s latest, from Australia’s Gardland, could be said to function as a darker partner piece to Blondes’ Swisher.

Like Blondes, Gardland are a duo who place hardware at the forefront of their process. Both groups exist largely outside of techno’s established ecology – they’re not known for their dancefloor 12”s, and will typically perform not as DJs but as a live entity. But, as with Swisher, while this remarkably solid debut album feels in some abstract sense like it should be an album – like its contents has been tailor-made for the LP format – what we get is not some errant take on the form, but a series of remarkably finessed, poised hardware techno productions of a sort that could have emerged from any of the genre’s home territories.

A self-titled EP released earlier this year was produced during an “intensive” ten-day session in the desert, and, although the duo usually reside in Melbourne, it’s tempting to hear this densely psychedelic record as the soundtrack to some outback acid marathon, a sun-fried hippy spirit quest turned horribly dark. ‘Trepan Hake’ – whose title could be a reference to the prehistoric practice of drilling a hole in the skull in order to relieve headaches, release vengeful spirits and so forth – is remorselessly bleak, all sub churn and crackling hi-end. ‘Success In Circuit’ is equally bereft, its bleeping, chirruping machinery seemingly left to rust on the desert floor. Closer ‘Hell Flur’, with its busted slow-techno groove and scuffed hi-end, is positively Stott-esque.

Syndrome Syndrome was apparently the result of the duo’s decision to “get rid of the computer and improvise,” and in places there is a pleasing looseness to these tracks – particularly in the melodies that hang like lachrymal mist over ‘Katarakt’ and ‘Ode To Ode’. But even at the album’s roughest moments – the wheezing ‘One In None’, say – we are a far cry from live jam erraticism. Instead, most tracks follow the sort of streamlined vectors that make DJs’ jobs very easy indeed. ‘Macigville’’s bassline, a lean funk menace of the Levon Vincent school, plays host to ever-richer swells of chord-work over 4 1/2 minutes; ‘Ride Wid Me’ is gorgeous, quickstepping dub techno. Even better is the wonderfully distilled ‘Nothing But Not Zero’, where those forlorn synth melodies make a return. When the whole thing drops back to its kickdrum-hi-hat backbone in the closing minute, it’s as stringent, and as satisfying, as any techno moment of recent times.