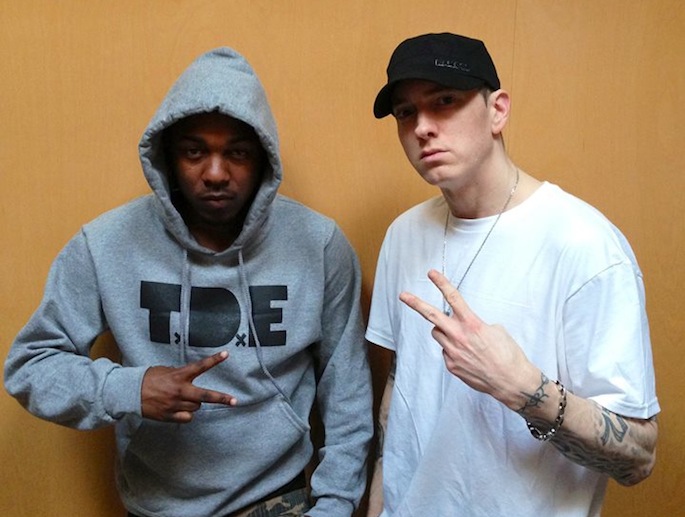 Kendrick and Eminem trade verses about love and lust over a throwback beat.

The run-up to the release of The Marshall Mathers LP 2 continues with the leak of perhaps its most anticipated track on the album: ‘Love Game’, featuring Compton’s great hope, Kendrick Lamar.

To say that the light-hearted track is surprising is an understatement. Sure, Eminem’s mock-shocking sex-and-violence lyrics are nothing new, but this is the first time they’ve been laid over a beat built on a Grease-esque sample [Update: that would be ’65 hit ‘Game of Love’ by Wayne Fontana and the Mindbenders]. For his part, Kendrick sings the hook and does his best Eminem impression, mixing oversexed lyrics with nods to STDs and George Zimmerman, continuing to call into his question his judgment when dropping guest verses.

Check it out below; The Marshall Mathers LP 2 is due out November 5 and also features Rihanna, Skylar Grey, and Nate Ruess. Kendrick will also join Eminem on a tour of Australia.