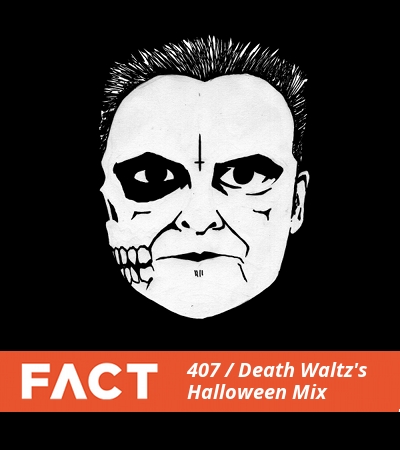 It’s Halloween, and here’s a special FACT mix from a team who know more about horror than most.

Death Waltz has only been around since 2012, but it’s swiftly become one of the world’s most renowned sources of horror soundtracks, releasing deluxe reissues of soundtracks by John Carpenter (Assault on Precinct 13, Halloween), Fabio Frizzi (Zombie Flesh Eaters), Justin Greaves (The Devil’s Business) and more.

Speaking to FACT last year, label founder Spencer Hickman explained that he “didn’t want [Death Waltz’s soundtracks] to be the same as they were when they first came out; I wanted them to be a little bit special. Because I’m so into art – I buy a lot of art – I just thought it’d be really nice to sort of mix the two. I didn’t just want to use typical poster artists – I mean, I definitely wanted to work with Graham Humphreys, because you know, he’s legendary… and I knew that he had to do Zombie Flesh Eaters for me. And I was a big fan of Candice Tripp who did Let The Right One In, and she works with oils, she’s a fine artist, basically. All these people who I collect art by… I just thought it would be really nice to hand-pick each artist and match them to the project, and I’ve been really lucky that so far each artist has really captured what I wanted them to, there’s been very little back and forth.”

Death Waltz’s FACT mix, curated by Hickman and mixed by DJ BobaFatt, is the only soundtrack you need for Halloween this year (OK, maybe that Deadboy mix too) – dig in below.