Talking Heads: Prince Paul on the modern rap game and Riff Raff’s place in the culture 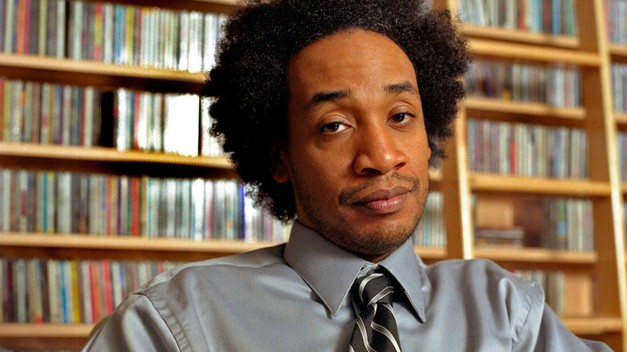 “[…] I try and understand. So it’s a different game. Is it better? No, but I don’t think it’s really any worse. It’s just riding a straight line right now. I hope it gets better.”

Prince Paul pioneered the skit in hip hop, produced his share of classics (3 Feet High and Rising anyone?) and perhaps most importantly has continued to be involved in the culture and music he helped shape.

In a recent interview with Allhiphop.com the producer and DJ reveals how becoming host of Scion A/V’s The All Purpose Show has given him a new understanding of the modern rap game.

“The cool thing about doing the Scion A/V show is that I do get a chance to talk to these new artists and honestly, a lot of them I’d probably never to listen to in life, but the show gives me the opportunity to research them. I listen to their music, read their bios, and it gives me a new respect. [Contemporary Hip Hop is] just different. It’s not necessarily stagnant. It’s definitely not better, but I can’t say it’s worse either. People’s hustles are different. Music is for free. We use to make music with the intention to sell it. There like “I’m just going to give this away.” The mind state is different, and it’s quantity over quality.

Where we use to take like a year to make an album and it had to be perfect, now it’s if I don’t get this out next month they’re going to forget about me. The grind is different. I don’t know at what year I got lost, but I think it all switched around once the labels kind of went under and everybody started downloading. The concept and creativity of music changed. I think it’s unfortunate that everybody can make music now whether qualified or not just based on technology. I can get my laptop, an interface, and a microphone, make the music inside the computer and flood the web with crap because there’s really no filter. There’s nobody to say, “This is garbage.” There’s so much stuff out there sometimes it’s hard to get to the good stuff. That’s part of the good thing of doing the show is that it gives me an opportunity to filter through some of that.

I’ve interviewed people like A$AP Rocky. To actually sit down and talk to him [I realized] that he’s actually a cool guy. And even Danny Brown. They’re not as unknowledgeable about music as I thought [laughs].”

The rest of the interview sees him talk about the Odd Future gang, Pro Era and other rappers he rates as well as deliver what’s possibly the most on point critique of Riff Raff‘s place in the rap world: “I’m not necessarily a fan, but I see where he’s coming from. He’s a clown. He’s an exaggerated Hip Hop person.” He also explains why he never thinks of his own importance until it’s pointed out to him.

Part one of the interview lays the ground on his involvement with Scion A/V and refusing to sell out.